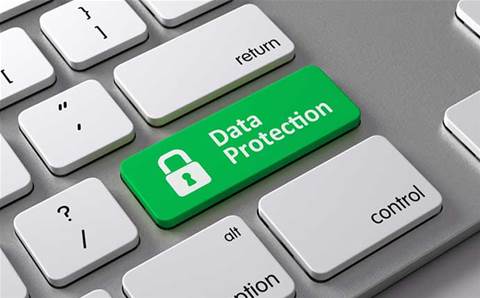 Dell EMC is getting out of the gate fast at Dell EMC World with a new software-only version of its flagship Data Domain protection line for Dell PowerEdge servers.

The new Data Domain Virtual Edition can scale up to 96TB per instance and can be deployed on the VxRail hyper-converged infrastructure appliance. More broadly, Data Domain has undergone a platform refresh that encompasses new 178-TB, 288-TB, 720-TB and 1-PB units to span from midsize up to very large enterprises.

Dell EMC is also introducing version 6.0 of the Data Domain operating system, which allows customers to back up de-duplicated data to public, private or hybrid clouds; provides secure multitenancy for service providers that offer Data Domain as a service; and offers enterprise-grade protection for big data.

"We've reset the bar around biggest, fastest, strongest," said Smails. "From a customer standpoint, performance and scalability do matter. It's all about how fast and how much. How fast can you protect my data, and how efficiently can you do it."

"It's all about addressing customers who are asking how do we modernise? How do we transform?" Smails said.

"All-flash is one of the pillars of our modern data center strategy, and the 250F is VMAX for everyone. It's bringing the enterprise capabilities of VMAX to the midmarket, expanding the addressable customers that can now get that enterprise-level capability."

The system supports up to 2 V-Bricks, allowing for 11TB of usable flash, and comes with inline compression and data services. EMC launched the all-flash line of its bread-and-butter VMAX family last February, and partners were enthusiastic about the opportunities it represented, saying demand for flash storage has increased dramatically as drive capacity increases and prices fall.

Stephen Monteros, senior vice president at Californian solution provider Sigmanet said bringing VMAX into the midmarket made sense, but it's critical that partners correctly assessed how customers were going to deploy it.

"In the new all-flash market, there's big demand," he said.

When the all-flash VMAX was launched, EMC said it would move to all-flash for future primary storage solutions. At the same time, Dell brought the VMAX line back to its price sheet.

The improvements include seamless, nondisruptive in-line compression to allow for more density and intelligent wear-leveling to extend the life of SSDs.

Unity is also adding Cloud IQ, a subscription-based service that allows users to proactively monitor the health of their Unity systems. In addition, Unity will now come with file tiering to the cloud to free primary storage space. Smails said Unity can back up to Dell EMC's Virtustream for free, or to either Microsoft Azure or Amazon Web Services.

Grow your software revenue by selling these 5 affordable, essential tools for the modern workplace
By Matt Brown
Oct 20 2016
7:24AM