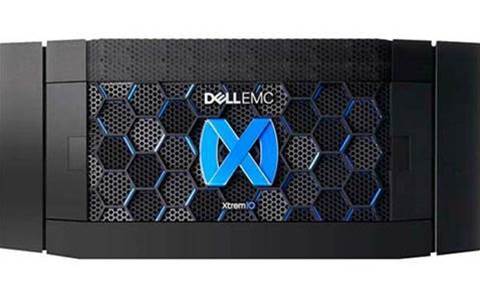 Dell EMC is fattening up the bonuses for channel partners to help drive its aggressive goals in storage.

Partners score an immediate US$250 for any deal registration across Dell EMC's storage lines, and the salesperson and the pre-sales rep can each earn up to US$30,000 for successfully closing the deal, depending on conditions.

Any Dell EMC storage deal comes with a bonus of 1 percent of the deal size, up to US$10,000 per rep. The offer covers the full gamut of Dell EMC storage products, including Isilon, Unity, XtremIO, and hyperconverged systems such as VxRail, VxRack and Vblock.

The investment looks to be paying off: Dell EMC overtook Hewlett Packard Enterprise in the first quarter, according to research firm IDC, capturing nearly 22 percent of the market.

The company's Australia and New Zealand channel chief, Geoff Wright, added that the first Australian partner has recently claimed a payout under new scheme, though would not share the company name.

Dell EMC also has a program for technical architects, dubbed 'Heroes', that provides technical people with points for education and certification which they can use for rewards.

It was a conscious decision to share the bonus beyond just the salesperson, including people with "deep Dell EMC technical experience".

"So often these programs reward the salesperson but we know there are other people who are driving that solution, just as we did with the big 1, 2 and 3 percent deal, where we are rewarding the pre-sales people as well," Wright said.