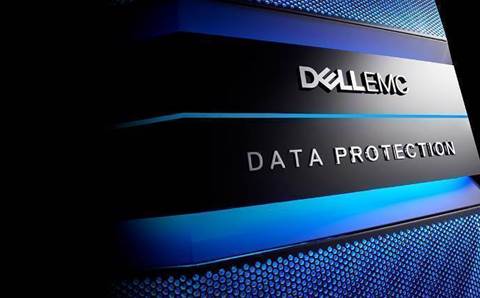 Dell EMC launched a new integrated data protection appliance Wednesday to drive channel sales in the midmarket with a 2U form factor optimised for VMware environments.

"There is a huge amount of headroom here for partners to grow in the midmarket. We see this as a way to reach a broader customer base," said Beth Phalen, president and general manager of Dell EMC's Data Protection division, in an interview with CRN USA.

"We made a simplified selling motion that partners can talk about easily with customers to deploy and install – a 2U appliance that takes less than two hours to install."

Dell EMC's new DP4400 offers converged data protection, backup, deduplication, replication and recovery, as well as disaster recovery and long-term data retention to the cloud. The appliance is in a dense 2U platform powered by Dell's PowerEdge 14th generation servers optimised for VMware environments with integration that enables administrators to perform backup and recovery tasks directly from native vSphere.

With the company's Cloud Tier technology, which does native tiering for long-term retention to public, private and hybrid clouds, the total protected capacity reaches 14.4 PB. It also offers a cost-effective native cloud disaster recovery to Amazon Web Services with end-to-end orchestration -- all without the need for additional hardware.

Phalen said the offering supports the largest application ecosystem, including apps like MySQL and MongoDB, and supports multiple hypervisors such as Microsoft Hyper-V and VMware's vSphere.

"We're bringing the performance, the application coverage and the seamless extension to the cloud in a way that customers can consume it, which is simpler and more easy to deploy than ever before," said Phalen.

"It's super important for our partners to help customers protect their data right now. The most successful partners are those who are helping customers ensure that their data is protected. So there's a huge growth opportunity in the midmarket with this new product."

The DP4400 has an HTML5 user interface, built-in networking and a maximum throughput of 192 TB in the cloud, targeting remote and branch offices. The appliance has an average deduplication rate of 55:1 and can protect 5 PB of usable data capacity.

Dell EMC's Integrated Data Protection Appliance (IDPA) portfolio already includes the DP5300 and DP5800 for midsize enterprises, and the DP8300 and DP8800 for large enterprises. In February, Dell EMC extended its popular Data Domain data protection line into the SMB market with the launch of its new DD3300 platform.

The DP4400 is guaranteed under Dell EMC's Future-Proof Loyalty program that gives customers a three-year, money-back guarantee, to name a few incentives. "The loyalty program is a key part of what we're doing with the [DP]4400," said Phalen. "Customers need the confidence and the future proof and it's not something that anybody else can offer them."

The DP4400 is available immediately for Dell EMC channel partners to sell.

Cloud application revenue made easy
By Mark Haranas
Jul 12 2018
6:07AM