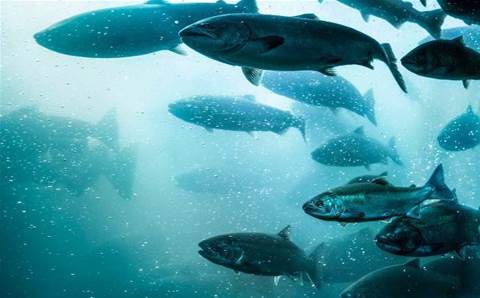 Sick of feeling like it was swimming upstream due to legacy IT systems, Australia's largest Atlantic salmon farmer turned to long-time IT provider Intuit Technologies for a fresh look at its infrastructure.

Tassal is a poster child for the opportunities of bringing internet of things technology into agriculture. Yet while IoT could help Tassal achieve its five values – people, product, planet, profit and process – the company was held back by cumbersome manual processes across marine farms in remote environments.

The company wanted to modernise its data collection, which was historically derived from analogue sensors and manually captured in a livestock management system. Data includes everything from feeding patterns to tides to weight and oxygen levels, yet the legacy approach delivered relatively low-value insight, with too many decisions made based on gut feel.

Data collection and analysis is a slow process for a company that farms millions of fish. Tassal's footprint includes 18 lease areas, each with an average of 20 pens per site. Each pen is capable of holding 20,000 harvest-sized salmon.

The solution has been configured to scale in line with demand over the next four years.

The infrastructure project was just one component of Tassal's IoT shift. Cameras above and below the water monitor each pen to check on the salmon and monitor their feed. IP-enabled sensors collect tide, oxygen level and temperature data, with Tassal able to adjust the barge that mechanically delivers the right amount of feed to each of the pens. IoT devices relay information back to the core infrastructure using a range of methods, including wireless back-to-shore and 3G or 4G networks.

Access to real-time data is paying dividends at Tassal. Yields have increased, and with less wastage, the amount of feed required has reduced. The company can more accurately plan for the size of the harvest and, with real-time alerts, take steps to mitigate problems, such as a change in the weather conditions.

In the future, Tassal hopes to work with bodies like the CSIRO to combine its data with other environmental datasets to see if it can yield patterns that would provide further insight and predictive benefits.

Intuit Technologies is a finalist in the Modernising Infrastructure (Mid-range) category at the 2017 CRN Impact Awards. Follow this link for the full list of finalists. The winners will be announced at the Impact Awards dinner during the CRN Pipeline conference in Sydney on 6-7 April.