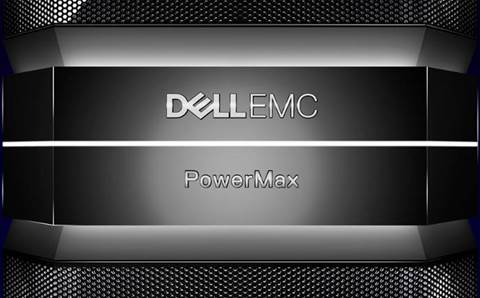 The refresh of the two all-flash storage array families was unveiled at the Dell Technologies World, held this week in Las Vegas.

Dell EMC is still the leading vendor of all flash arrays, with a market share of 29 percent during the fourth quarter of 2017, according to an April report published by Wells Fargo Securities citing its own and IDC data.

Dell EMC's new PowerMax all-flash array, formerly known as the VMAX line, is a complete architecture refresh of the prior offerings built from the ground-up to be ready for the latest storage media technologies including the new NVMe flash storage and future server-class memory, said Sam Grocott, senior vice president of marketing for Dell EMC's Infrastructure Solutions group.

It is targeted at next-generation applications such as real-time analytics, genomics, artificial intelligence, IoT, and mobile applications, he said.

Key to the new PowerMax is the fact that it was designed for industry-standard, not proprietary, components including NVMe media, he said.

Other vendors are using proprietary NVMe components, he said. "We believe that will take them off the innovation path as industry-standard components get enhanced," he said.

On the machine learning front,  the new PowerMaxOS storage operating system takes advantage of years of performance and maintenance data collected from the VMAX installed base and real-time data within the array itself.

"By leveraging both, the PowerMax can make decisions about what data or block goes on what tier of storage to free up the high-performance tiers," he said. "It's leveraging over 40 million data sets, and gets smarter from the first read-write-put-get operation."

The new PowerMax 2000 scales to up to 1 petabyte of effective capacity across two "PowerBricks" after in-line deduplication and compression, and offers up to 1.7 million IOPs of performance, Grocott said.

The PowerMax 8000 scales to up to 4 petabytes of effective capacity across eight PowerBricks, with up to 10 million IOPs of performance, he said.

The PowerMax is scheduled to ship next week, he said.

Also new from Dell EMC is the latest version of the XtremIO X2, the current iteration of the company's XtremIO all-flash storage array.

The new version of the XtremIO X2 adds native replication, Grocott said. It is data-aware asynchronous replication which only sends changes to the data set to the remote site to cut bandwidth requirements by up to 75 percent with no impact to the performance, he said. The replication process can be initiated with only three steps, he said.

The new XtremIO X2 is priced at a 55-percent lower entry price point than the original XtremIO family on a per-gigabyte basis, Grocott said.

Telecommunications Services
By Joseph F. Kovar
May 2 2018
6:05AM