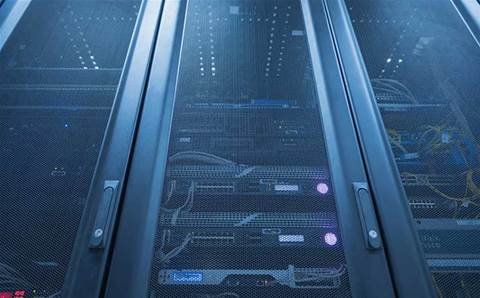 Dell EMC is taking advantage of its server hardware and VMware software to refresh its hyperconverged infrastructure portfolio.

Chad Sakac, president of the converged platforms and solutions division, said all Dell EMC hyperconverged infrastructure offerings, including the VxRail appliances and the VxRack rackscale lines, would be based on Dell's latest server hardware going forward.

Previously, they were based on ODM server hardware. The move to Dell PowerEdge servers will provide partners and customers with improved cost efficiencies and more flexible configurations.

"This enables us to have smaller configurations," Sakac said. "Today, a four-node VxRail solution starts at about US$60,000 (A$78,000). By using Dell's R630 servers, we can bring it down to a starting price of under US$45,000. This opens a lot of new use cases, especially in remote and branch offices."

Sakac said Dell EMC was not the first to see the advantage of using Dell servers as the base for hyper-converged infrastructure.

"It's no coincidence that a big part of Nutanix's path to market is its Dell XC partnership," he said.

"You want to have the best hardware, the most reliable and cost-effective. It's hard to do with ODM servers. In the long run, to win with hyperconverged infrastructure, you'll need a good x86 platform."

Sakac said Dell EMC would also find it easier to serve its VxRail and VxRack customers in remote locations where the company was more likely to have replacement Dell hardware available. The company now also supports Nvidia GPU, which Sakac said was a requirement in 30 percent to 40 percent of instances.

Dell EMC's family of hyperconverged infrastructure products are now based on Dell hardware, including the VxRail appliance, the VxRack SDDC rack-based solution for all-VMware environments, the VxRack Flex solution for variable VMware and non-VMware workloads, and the VxRack Neutrino for cloud-native applications.

Bringing VxRail and VxRack to Dell servers is a "back to the future" moment for Jamie Shepard, senior vice president for health care and strategy at IT consultancy Lumenate.

Shepard said he remembered the success EMC had when all of its offerings were based on Dell hardware.

"It was a very successful model then," he said. "Some of the greatest achievements EMC ever had, file archiving; replication, were on Dell hardware."

He said Dell's rackmount servers offered an "awesome" base for the Dell EMC storage and hyperconverged infrastructure solutions.