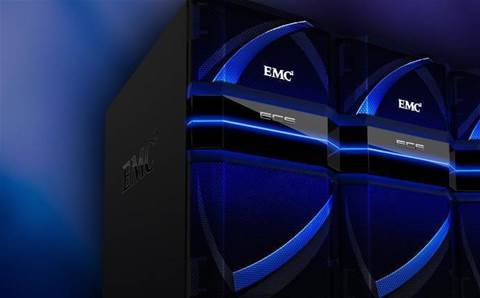 Dell EMC’s storage charge is paying off as the infrastructure giant has widened its worldwide market share gap over Hewlett Packard Enterprise and NetApp in the second quarter of 2018, according to new data from IDC.

For the second quarter of 2018, Dell captured 19.1 percent of the global storage market share, up from 18.3 percent year over year, according to IDC. Dell generated US$2.52 billion in enterprise storage sales in the quarter, representing a nearly 27 revenue increase compared to the same quarter one year ago.

HPE's worldwide storage market share dropped from 20.6 percent in second quarter 2017 to 17.3 percent share. The vendor's storage sales slightly increased from US$2.25 billion to US$2.28 billion, representing a 2 percent increase year over year.

NetApp captured 6.3 percent of the global market share in the second quarter 2018, down from 6.4 percent share in the same quarter last year. Although NetApp's market share slightly fell, the company increased storage revenue from US$695 million to US$832 million year over year.

Dell partners said their storage numbers are increasing this year for several reasons, including better synergies between the legacy Dell and legacy EMC sales teams and channel incentives to replace competitor solutions.

On Thursday, Dell Technologies reported that storage sales for its second fiscal quarter 2019 increased 13 percent year over year to US$4.2 billion.

"We've made a lot of changes in our primary storage business over the past year. The product line is far more competitive today," said Jeff Clarke, vice chairman, products and operations at Dell, during the company's second fiscal quarter earnings call. "Demand was up in file-based arrays, high-end storage and data protection offerings. Our focus remains on driving velocity in the midrange as this is a key area of growth in the array segment."