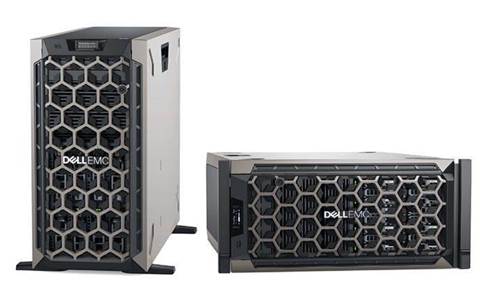 Dell EMC and VMware are once again flexing their integration muscles with the new Dell EMC SD-WAN Edge solution looking to take the growing software-defined WAN market by storm.

“What we have is Dell, who is the leader in the open networking category, combining forces with VMware software, and we’re delivering an SD-WAN solution bundled together,” said Brian Henderson, director of converged infrastructure and open networking product marketing at Dell EMC in an interview with CRN USA.

The new Dell EMC SD-WAN Edge powered by VMware is an integrated platform that helps improve the customer experience by bundling VMware SD-WAN by VeloCloud software as a subscription with Dell EMC hardware. The new solution, unveiled at Dell Technologies World in Las Vegas on Tuesday, will be sold in one-year or multi-year subscriptions.

The solution is based on Dell EMC’s Virtual Edge Platform (VEP) 4600, which is roughly the size of a typical household cable box, according to Henderson. “It’s like a miniature virtualized network function server. It’s a network optimized server that is designed to run these virtualized network functions,” he said. “While it is a server, it’s designed for this software-defined networking functionality, especially something like SD-WAN.”

In 2017, VMware acquired VeloCloud, who was an SD-WAN market leader at the time. VeloCloud quickly became a key element of VMware’s edge strategy with VMware CEO Pat Gelsinger describing it in 2018 as the hottest product in the company’s portfolio.

“We’re taking that extremely cool VeloCloud software that allows people to move away from a traditional dedicated link, aka MPLS - which is a very expensive dedicated line - over to a cheaper form of connection,” said Henderson.

As businesses look to buy WAN optimisation solutions that are flexible, cost-effective and solve their problems at the edge, the SD-WAN market is poised to reach US$4.5 billion by 2022.

Dell EMC is expanding much of its storage portfolio with an eye toward helping channel partners better manage data in cloud and other fast-changing environments for their customers.

Sam Grocott, senior vice president of marketing for Dell EMC's Infrastructure Solutions Group, said during a pre-conference briefing that Unity XT was designed for performance and efficiency, as well as to help customers more quickly move to multi-cloud infrastructures.

Unity XT also features a combination of software enhancements and the latest generation of Intel processors to double the performance of the previous generation, he said. It is slated to ship in the second quarter of 2019.

Unity XT is NVMe-ready, Grocott said. "Customers over time to will be able to seamlessly and non-disruptively add NVMe drives to their Unity XT system," he said.

"NVMe-ready" means that in about a year after Unity XT is released customers will be able to do a non-disruptive software upgrade to take advantage of the high-performance NVMe protocol, said Caitlin Gordan, senior director of product marketing for Dell EMC storage.

Dell EMC does offer customers a 3-to-1 data reduction guarantee as long as the data in question does not contain large amounts of photographs or other files that are very difficult if not impossible to deduplicate or compress, Gordan said.

She said that in all the time Dell EMC has offered a data reduction guarantee, it has not had to do any remediation for not meeting its promise.

"[These will] help our customers extend their data centres from on-premises into the cloud," he said. "Our Cloud Storage Services deliver the performance and resiliency of the Dell EMC storage that [customers] would expect on-prem, but now can leverage and take advantage of the agility of the public cloud's compute in an as-a-service model."

Dell EMC will initially support two use cases with Cloud Storage Services, which Grocott said is now available in North America. The first is an automated disaster recovery-as-a-service supporting the Unity and the PowerMax platforms, and the second is multi-cloud access for use in bursting to the cloud for things like workload analytics and test/dev.

The biggest is the introduction of a new storage-class memory technology for a big jump in performance, she said. That technology was jointly developed by Dell EMC and Intel and is based on Intel's Optane technology, she said.

Also new with PowerMax is a big expansion into automation with a new plug-in for VMware's vRealize Orchestrator, or vRO, to automate workflow, Gordan said. Support for Ansible playbooks will be added this summer.

This summer will also see compatibility with the new Container Storage Interface, or CSI, Gordan said. "This will make PowerMax the only platform to support everything from mainframes to containers," she said.

Also introduced at Dell Technologies World is the Isilon OneFS version 8.2 software and hardware to provide customers with the scalability and performance needed to manage the massive deluge of unstructured data they are continuing to see, Grocott said.

The new version of Isilon OneFS will support an increase of 75 percent in terms of capacity to up to 58 petabytes of capacity in a single file system and a single volume, bringing ease of use at scale to higher-volume use cases, Grocott said.

"We're also expanding the multi-cloud support with the Cloud Pool technology that allows us to move data into the cloud," he said. "We are now supporting Alibaba as well as the Google public cloud. We're continuing to enhance the multi-cloud capabilities of the Isilon system."

Gordan said the new Isilon OneFS technology is being given native Google Cloud Platform support for file services, with early access scheduled to be available this summer.

Dell EMC also introduced a new entry-level node for the Isilon, The H5600 is a 4U chassis that can fit up to four nodes starting at 200 TB each using 10-TB SATA hard drives.

The new Isilon OneFS 8.2 appliances and software are slated to ship in the second quarter of 2019.

Dell EMC also beefed up its data protection capabilities with its new PowerProtect software and appliances.

The new PowerProtect software, which Grocott called a next-generation data management platform, was designed from the start as a software-defined offering that supports self-service SaaS environments.

"It has multi-cloud connections," he said. "It has best-in-class VMware integration. We're really, really focused on simplifying protecting your applications as they're living within a VMware environment."

The PowerProtect software has native integration with VMware, Oracle and other applications. "It provides a centralised governance and oversight capability while enabling long-term retention to the public cloud."

"The new X400 radically simplifies deployment, scale and efficiency for the most demanding data management workloads," he said.

The company also introduced a new entry-level version of its IDPA 4400 that can be configured as small as 8 TB, compared with the existing model, which starts at 24 TB, Grocott said. It is targeted at remote office and branch office environments, he said.

Grab the MSP security opportunity
By Joseph F. Kovar
Mark Haranas
May 1 2019
10:25AM