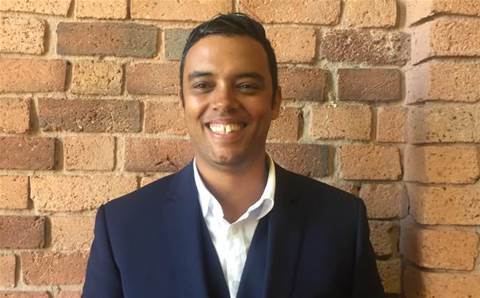 With the responsibility of doubling the size of the NSW operation, Jones will take over from chief executive Michael Chanter who was previously overseeing the region.

Thomas Duryea Logicalis expects Jones to grow the business and strengthen the company's presence in the market.

Chanter said: "After the successful integration and rebranding of our two businesses, we are presented with much broader market opportunities. The NSW region, in particular, is of significant importance with tremendous customer demand.

Before completing the merger of Thomas Duryea and Logicalis, the latter closed its Queensland operation to "focus on growth in Sydney and Melbourne, which aligns with Thomas Duryea's geographic footprint".

Jones brings 25 years of experience to the role, starting his career as an account manager for Trust-IT in the UK. In 1995, he became a sales manager at UK-based computer hardware company Merisel.

In 1998 he joined Dell, also in the UK, as an account executive, later moving to the same role in New South Wales. During those years, he was promoted several times leaving Dell EMC as the regional sales director. In his last role, he was responsible for leading a team of 12 senior account executives and an extended virtual team of over 60 sales and technical professionals.

Jones said: "TDL is a strategic partner of Dell EMC and as such I’ve already had the pleasure of working closely with the team, and an opportunity to obtain an insight into their business and culture. Their unique customer-first approach is inspiring – it is all about achieving outcomes and driving value.

"Leading the NSW region presents a great opportunity to apply my existing experience, strengthen the team and drive growth by creating and building a winning environment for all parties," Jones said.