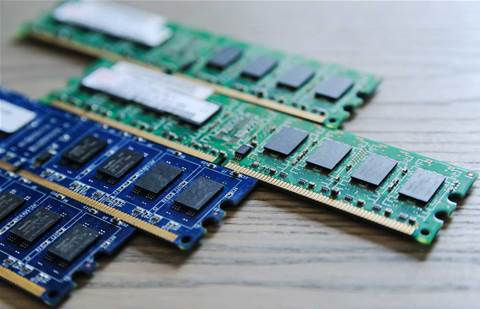 A global DRAM shortage is expected to cause a surge in pricing from next month, with at least one vendor contacting buyers this week informing them of the situation.

According to correspondence seen by CRN, Dell EMC sales staff are contacting Australian customers warning them of a significant supply shortage on memory globally, which will not only delay delivery time by more than a month, but also increase prices across the board.

Servers Australia chief technology officer Peter Betyounan told CRN there was indeed a shortage that was being driven by growth in smartphone manufacturing and data centre IaaS, citing an article on Digitimes.

The article states global production value of the DRAM industry was estimated to surge by more than 30 percent to US$96 billion in 2018, with price quotes expected to increase by 5-10 percent in the first half of the year.

While production is expected to increase, it is unlikely to be enough to offset the rising demand, the report continued, citing Goldman Sachs data to suggest that 32GB server modules had increased from US$300 in January to US$315 as of March.

“I believe in 2019 we will see DRAM prices stabilise but I do not expect see a drop in price unless we see a major investment by the top three manufactures to increase production by 100 percent ”, Betyounan said.

The three major manufacturers of DRAM are Samsung, SK Hynix and Micron.