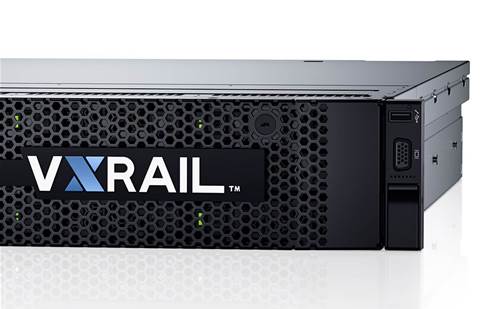 Dell EMC has extended its “Future-Proof Loyalty Program” to its hyperconverged VxRail products.

The program was previously only offered for storage arrays and data protection devices and saw the company offer a three-year satisfaction guarantee, trade-in credits for replacement products and, critically, pre-defined support and maintenance costs for extended operations.

The program helped the company to show would-be buyers that they’d not be herded towards upgrades with a hike in support fees, while also easing the cost of upgrades. Dell EMC used the Program to show it had a finance-friendly upgrade path.

Dell’s senior vice president and general manager for VxRail Gil Shnoerson, SVP and general manager, VxRail, told CRN  the company extended the program to the hyperconverged devices because their lifecycle was similar to that of storage appliances. Yet of course the devices also include servers and are designed to run applications, meaning the extension of the program now offers customers an easier upgrade path for servers, too.

Shnoerson said extending the program to VxRail wasn't a sign that Dell EMC would do likewise for servers, but instead reflected the fact that hyperconverged appliances are storage-centric, so deserve the same treatment as dedicated storage devices. The channel, therefore, does not need to prepare for a new server paradigm.

News of the program’s extension accompanied the announcement of the new VxRail 560, a two-or-four RU appliance based on 14th-generation PowerEdge servers.

Cloud application revenue made easy
By Simon Sharwood
Sep 10 2018
6:35AM