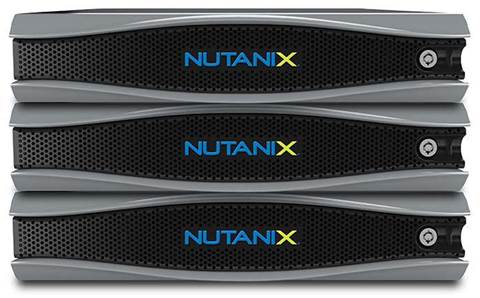 A Dell executive said Wednesday that the vendor is extending its two-year old OEM agreement with hyper-convergence startup Nutanix, showing the partnership will continue despite potential friction from EMC.

In the first two years of the OEM agreement, Dell and Nutanix have expanded the scope of their joint sales and marketing activities from one product to seven products, showing the partnership is going strong, said Atkinson.

Atkinson didn’t indicate the length of the extension, and a Dell spokesman declined to comment further. Dell and Nutanix’s current OEM agreement, signed in 2014, is set to expire in 2017.

In an interview with CRN USA, Nutanix chief marketing officer Howard Ting said the Dell extension is a "multi-year agreement" but declined to comment further because the details have not been finalised.

Some Dell and Nutanix customers have been wary of the competitive implications of Dell’s acquisition of EMC, which pitches its own VxRail hyper-converged infrastructure appliance as a Nutanix killer. Partners on both sides told CRN USA earlier this month that they believe Dell might focus more on VxRail than Nutanix once the deal closes.

Some partners believe Nutanix's OEM agreement with Lenovo, inked last year, may diminish the significance of its Dell agreement over time. Others have pointed to Nutanix's partnership talks with Cisco Systems, first reported by CRN USA last month, as an additional sign that the Dell agreement may not remain as important as it once was.

Atkinson's revelation at the Nutanix conference should quell this speculation, at least for the time being.

As Nutanix continues to pitch itself as an enterprise cloud platform vendor, Ting said it will continue working with other vendors to get its software running on a wide range of hardware.

"To be a true platform company, over time we have to have our software running everywhere," Ting told CRN USA. "We're getting a lot of demand from customers to make Nutanix available on other platforms."