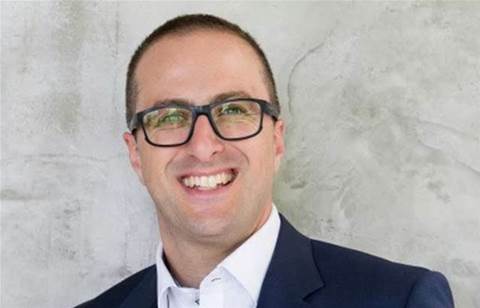 Dell is increasing incentives to partners selling its PowerStore and PowerScale storage solutions, adding 20 points on the front end for channel partners.

In November 2020, Dell launched a PowerStore initiative giving partners 20 points in combined front-end discounts and back-end incentives. The vendor is now increasing discounts and expanding the initiative to include its PowerScale family, including Isilon.

Dell told CRN that under this expanded initiative, partners selling eligible PowerStore or PowerScale products with approved deal registration will get an increased front-end discount on those products, aimed at providing an average 20 points in addition to standard eligible storage and acquisition back-end rebates. Partners are free to set their own resell pricing and actual margin may vary by transaction, region, partners’ own resell price and other factors.

“Dell Technologies has a strong ecosystem of partners in ANZ whose customers rely on our solutions to modernise and transform their data storage strategy," Dell's ANZ channel chief Shant Soghomonian told CRN.

"Last year, we doubled the number of certified deployment engineers in ANZ and this encouraging response prompted us to expand the program to include more storage solutions such as PowerStore, Isilon and PowerScale. The profitability of our partners is a key priority for us and this initiative is part of the Dell Technologies Partner Program to drive strong results for them.”

Launched in 2020, PowerStore is Dell’s midrange all-flash storage platform that is a scale-up, scale-out container-based architecture with technology to address the challenges of an ever-increasing number of workloads.

“It’s all on the back of PowerStore,” said Jeff Clarke, chief operating officer and vice chairman of Dell Technologies during the company’s earnings report in late February. “PowerStore orders grew 4x compared to the third quarter orders as customers embrace the next generation of modern data centre technology and applications.”

Approximately 20 percent of PowerStore customers were new to Dell’s storage business “as we tripled the number of wins against key competitors quarter-over-quarter,” Clarke said. “PowerStore is ramping faster than XtremIO and VxRail, making it the fastest new architecture we have released.”

Additionally in 2020, the company launched PowerScale to replace the highly popular Isilon storage line to create a new industry standard for how businesses capture and capitalise on unstructured data.

“For us, we’re all-in on the channel. We want to win the data enter with our channel partners,” said Byrne. “We have the broadest portfolio on the planet. Whether you want to talk about client, server, hyperconverged, core storage, primary storage, backup, or virtualization – we want partners to win and make money. … This is why we rolled out this new program [for PowerStore and PowerScale], to encourage partners to do even more with us.”