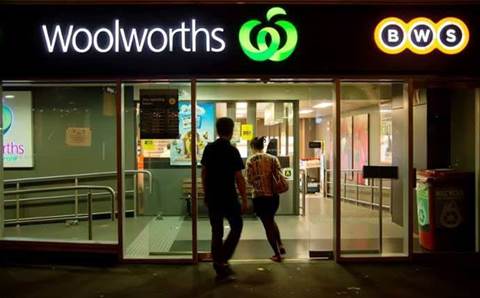 Supermarket chain Woolworths has tapped Dell Technologies in a direct deal to bring together its public and private clouds.

The project aims to improve Woolworths’ ability to manage inventory and support operations for its more than 3000 retail stores across Australia.

A Woolworths spokesperson told CRN the deal was a result of an "exhaustive and comprehensive" tender process, where Dell emerged as the solution deemed to be the best for the business.

"The fact that they proposed coming direct was not the deciding factor," the spokesperson said. "This will be the first and largest direct engagement for both companies. We have, and still do, have many other engagements with Dell that also include partners."

"Since then we have launched Dell Technologies Cloud Platform and we have enabled a number of Cloud Service Provider and Solution Provider Partners to deliver DTCP themselves, including Data#3, who are now the first certified DTCP partner in ANZ."

Woolworths wanted to have guaranteed systems availability and near real-time data integration across its support offices, stores and distribution centres so the company can operate 24x7.

The company deployed Dell Technologies Cloud to manage most of its mission-critical processes and applications.

Some processes involved include the distribution of goods via Woolworths’ Blue Yonder Warehouse and Transport Management applications, and HR and payroll management for the company’s 215,000 team members via Kronos Workforce.

In the announcement, Woolworths Group CIO John Hunt said, “With a presence in more than 1000 communities across Australia and New Zealand, we have a vital role to play in meeting the essential needs of tens of millions of customers every week.”

“To help us better manage this task, we’re working with Dell Technologies to launch Woolworths Group Hosting Service, which marries our public and private clouds into one seamless system.”

The new system also has a consistent operating environment across public and private clouds to eliminate silos and reduce complexity. Dell will also manage the private cloud, which is hosted in Sydney-based data centres.

Dell ANZ managing director Angela Fox said in a statement, “The retail industry is going through a seismic shift thanks to advanced technologies. Consumers expect their shopping experience to be seamless and consistent, whether it’s online or in the store.”

“With Dell Technologies Cloud as the foundation of its hybrid cloud model, Woolworths has a reliable managed approach for their supply chain, logistics, warehouse management and other mission-critical applications.”