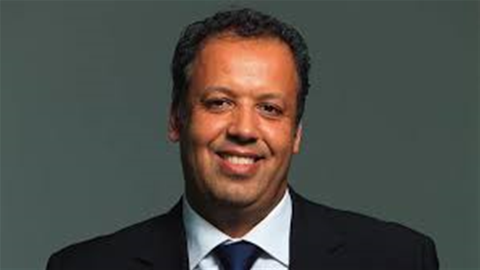 “Driss has been with Dell for 18 years and was most recently vice president of the [Infrastructure Solutions Group] Data Center Presales Channel team for EMEA,” said Dell in a statement to CRN. “He also has extensive core sales leadership experience in enterprise and emerging markets. This move is another example of our commitment to drive strategic growth through the promotion of leaders with expertise across core, specialty, services and channel sales.”

Ougmani replaces Scott Millard, who left the position earlier this year to become senior vice president of enterprise sales at Dell. Ougmani could not be reached for comment by press time.

Dell has been restructuring its channel sales strategy as well as its sales leadership team since last year in a move to give channel partners more revenue opportunities.

Dell Technologies Bill Scannell, president of global sales and customer operations, told CRN in 2020 that the sales restructuring is to better Dell’s mantra of simple, predictable and profitable for channel partners by aligning solution providers with Dell’s sales teams.

“This allows us to have incredible size and scale like no other company in the industry. Under our ‘simple, predictable, profitable’ mission, it aligns the channel go-to-market and our sales go-to-market and puts everyone in alignment to drive further growth through the channel,” Scannell said.

“Now when I have my most senior sales leaders John Byrne and Aongus Hegarty also own the channel, then now I can hold them accountable for the success of the channel,” said Scannell in an interview with CRN. “So as we come up with our go-to-market strategy, vision and our programs–it’s not just [global channel chief] Rola [Dagher] and I saying, ‘The channel is important’—it’s every sales leader around the world saying, ‘OK, we got the marching orders. Now we’ll go execute and grow the business.’ So it’s much tighter alignment and accountability. In life, if you don’t have alignment and accountability, you have nothing.”

For its fiscal year 2021, Dell generated a record $94.2 billion in sales, up 2 percent year over year, driven by record demand in client sales.