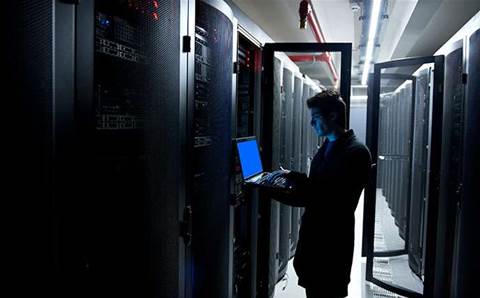 Increasingly, solution providers are looking to modular data centre solutions over a traditional blade/rack server architecture. Dell, Hewlett-Packard and Cisco, to name a few, have unveiled their next generation of converged infrastructure servers built with a mix of software-defined and traditional architecture.

Last year, Dell introduced the PowerEdge FX architecture, joining other modular server releases by HP with its Moonshot server line and Cisco with its M-Series line last September. For its part, Dell's data centre-optimised infrastructure lets customers support a wide variety of enterprise workloads in a dense 2U rack-mount chassis.

Dell's FX2 is part of a growing modular server trend that makes up only one-tenth of what research firm IDC estimates to be a $51 billion global server market today. Patrick Moorhead, president and principal analyst of Moor Insights and Strategy, forecasts that the modular server market will grow to represent 30 percent of the market in five years.

Dell's FX2 is an interesting design that speaks to where the blade and modular form factors are going, said Jed Scaramella, research director of servers and data centres for IDC. "It's not exactly a true blade server when you think of what a traditional blade server was 10 years ago."

Driving the modular server market has been OEMs' push for more density and virtualisation within the data centre. Traditional blade economics have meant a chassis needed to reach 50 percent to 60 percent capacity to justify the capital expense. With a density-optimised converged infrastructure, the focus is on workloads vs rack capacity.

What we are seeing with FX2, Cisco's M-Series and others is the first generation of a composable server built for a disaggregated modular data center subsystem, Scaramella said. "It starts with today's software-defined infrastructure where you aren't bound by server. Storage, compute and networking are a cartridge, decoupled from the processor and memory. You aren't just looking at this server running that application."

Cisco's M-Series modular servers feature a Cisco 2U chassis that fits up to eight compute modules, each of which consists of two independent Intel Xeon E3 servers. Rather than including storage and networking on each server, the eight modules share four SSDs and dual 40-Gbit Ethernet connectivity. To upgrade the server, just replace the cartridge. There's no need to replace the shared resources.

The next big bold step in server architecture is hastened by advances in silicon photonics, giving engineers the ability to break down and scale a server's CPU and memory in the same way Dell and Cisco can disaggregate storage and networking.

In contrast, Dell's PowerEdge FX2 is a 2U rack-mount enclosure that can be filled with a choice of sled modules optimized for compute, networking and storage workloads. Dell partners say they prefer this grow-as-you-go approach that is enabling customers to adopt a building block approach to building out their infrastructure.

Competitors such as HP with its Moonshot and SL modular server compete with Dell. As does Cisco with its UCS and VCE' with its Vblocks. Oracle has its highly integrated Exadata and Exalogic solutions. Other players, according to Gartner’s Magic Quadrant, include Huawei, Supermicro and Hitachi.