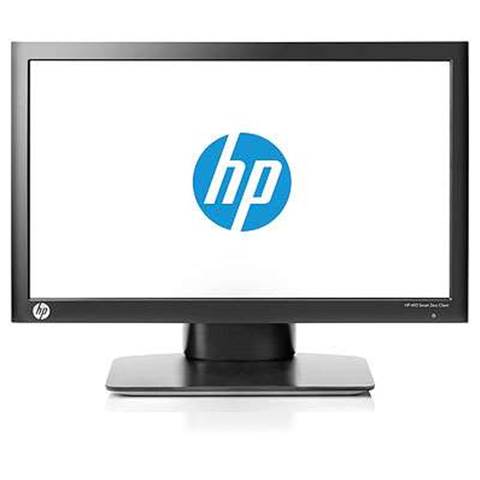 The Dell and HP moves come a week before the opening of the VMworld conference, where vendors across a wide swathe of the IT industry will meet to display hardware and software products for virtualised and cloud environments.

The two companies' moves to beef up their zero-client product line along with the introduction of reference architectures for VDI comes at a time when VDI is becoming an increasingly important alternative to traditional client architectures in IT organisations.

Gunnar Berger, a research director at analyst firm Gartner, wrote in an April blog post that Gartner expects virtual desktops could have a market penetration of 8 percent to 10 percent by 2015.

That growth will come from IT organisations which ensure employees understand the benefits of VDI as oppsoed to its technical merits, Berger wrote.

"I believe that virtual desktops are gaining traction not because they are the best technical choice, in many use cases they aren’t, but because virtual desktops bring benefits to the employee that are hard to measure," he wrote.

For Dell and HP, that means increasing zero-client performance while providing reference architectures that make it easier for business and their solution providers to deploy VDI.

Dell's VDI reference architecture stems from Dell's acquisition earlier this year of Wyse, one of the best-known names in the thin-client and zero-client industry.

Jeff McNaught, executive director of marketing and chief strategist for the Wyse business unit of Dell, said that several acquisitions, including that of Wyse, storage vendor EqualLogic and other technologies, enables the company to deliver "end-to-end, best-of-breed VDI solutions."

"Now that Dell, Wyse and EqualLogic are all together, we can bring together a complete solution," McNaught said.

These include vStart for VDI Reference Architecture, part of the company's vStart series of complete solutions for IT deployments. Developed for VMware View VDI environments, they include the vStart 50, a pre-configured solution for SMBs or departments with up to 50 users, and vStart 1000, which was developed for enterprises with up to 1,000 users.

Both vStart solutions are modular and can be combined for larger installations, Dell's McNaught said. "If there are 200 users, customers can glue together four vStart 50s," he said.

The second part is Dell Mobile Clinical Computing - VMware AlwaysOn Point of Care, a reference architecture for medical environments. It includes technology from Imprivata, a developer of single sign-on solutions for the medical field, which allows doctors and nurses to log on to virtual desktops with the touch of their badge without waiting, McNaught said.

The third is the new Dell DVS Enterprise - VMware Mobile Secure Desktop Reference Architecture, which partners can use to add session persistence and mobility across mobile devices to access personal desktops.

Dell is backing these reference architectures with the introduction of two new zero-client devices designed for VMware View.

The first is the Dell Wyse P25 for 3D solid modeling, video editing and CAD/CAM applications, McNaught said. The P25 supports 2,560 x 1,600 resolution on a single screen or 1,920 x 1,200 resolution across two screens, which McNaught said is higher than high-definition video.

The P25 also supports wireless 802.11 a/b/g/n in single and dual bands, as well as Fibre SPF optical connectivity for use in government environments that require secure protection from "sniffing" of data over wireless networks, he said.

The new zero clients are slated to ship in the fourth quarter of 2012.

Dell is also backing up its VDI reference architecture with the introduction of SSDs to two of its midrange EqualLogic arrays.

Both arrays support up to seven 400-GB SSDs and 41 2-TB spinning disks in a 4U rack mount form factor, Vigil said.

Dell EqualLogic arrays have been available in all-SSD and in hybrid SSD-spinning disk versions for three years, but the new arrays have twice the capacity of its older hybrid models, Vigil said.

With the new arrays, Dell is also introducing the Virtual Storage Manager, a VMware vCenter plug-in that provides the ability to allocate and manage multiple EqualLogic storage groups and streamline the replication process, Dell's Vigil said.

Michael Back, senior solutions consultant at Sidepath, solution provider and Dell partner, said Dell's moves to increase the SSD support in its EqualLogic storage arrays is important move for customers.

Dell's ability to bring SSD support to EqualLogic results in storage with smaller footprints than other vendors can offer along with the support needed to support VMware environments, including VMware VDI, Back said.

"Dell is using its integrated technology to decrease the storage footprint and bring SSDs to a lower entry level than possible before," he said. "Dell brings a really nice price point to the table, and made SSD a lot more accessible for a lot more companies."

HP on Monday also unveiled new zero-client devices and VDI reference architecture it plans to show at VMworld next week.

The new HP t310 zero client, based on the Teradici Tera2 PCoIP (PC over IP) processor, provides single-screen display resolution of 2,560 by 1,600 or dual-screen resolution of 1,920 x 1,200. It includes AES256-bit encryption and consumes fewer than 7 watts of power.

The new HP t410 zero client is based on the Texas Instruments DM8148 system-on-chip (SoC) digital signal processor. This all-in-one zero client features an integrated display designed by 3M that HP claims has the same brightness as a laptop running at 250 Watts of power, but which uses only 13 Watts.

The HP t410 is currently available, while the HP t310 is slated to ship in September with a starting price of $US369.

Grow your software revenue by selling these 5 affordable, essential tools for the modern workplace
By Joseph F. Kovar,
Aug 21 2012
1:20PM