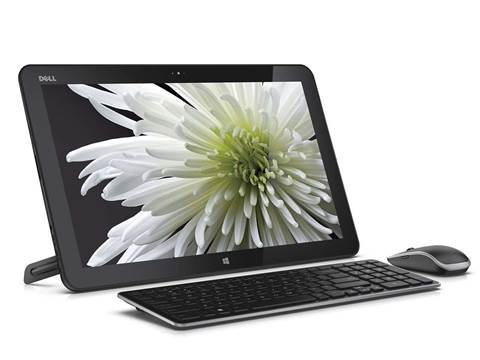 Dell has unveiled the XPS All-In-One, a desktop PC that doubles up as an 18.4in Windows 8 tablet.

The XPS All-In-One weighs around 2.5kg, making it around half the weight of its rival, the 20in Sony Vaio Tap 20 (also an All-In-One that quickly transforms into a large tablet). That sounds a lot more easier on the average person’s arms.

Dell isn’t the only manufacturer dipping its toes in the tablet-cum-desktop market. Just last week we saw the announcement of the Asus Transformer All-In-One, which also sports an 18.4in screen but uses Android 4.1 in tablet mode rather than Windows 8.

Dell has yet to reveal a price or Australian launch date for the XPS All-In-One.