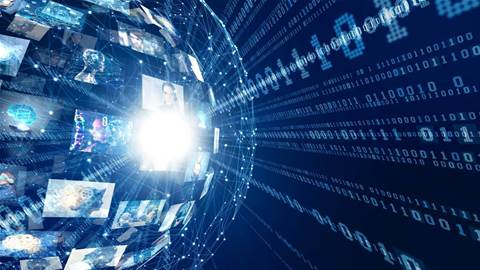 Dell Technologies continued its hyperconverged market-share dominance over Nutanix and Hewlett Packard Enterprise in the first quarter of 2020, according to new data by IT research firm IDC.

HPE placed third in market share, ahead of Cisco and Lenovo, which did not make IDC’s first-quarter hyperconverged leadership board as they did in the previous quarter.

Here are the top three market-share leaders in hyperconverged infrastructure (HCI) for the first quarter of 2020 as well as a glance at the entire converged systems market, according to IDC.

Worldwide converged systems market revenue increased 4.5 percent year over year to US$3.9 billion during the first quarter of 2020.

"The overall converged systems market showed resilience during a difficult macro environment," said Sebastian Lagana, research manager for Infrastructure Platforms and Technologies at IDC, in a statement. "While the hyperconverged system market continued to expand as enterprises seek to take advantage of software-defined infrastructure, the Certified Reference Systems & Integrated Infrastructure segment posted its best quarter of growth since 2Q19 on the strength of richly configured platform sales related to demanding workloads in industries such as healthcare and telecoms."

Hyperconverged represented 51 percent of the total converged systems market by generating nearly US$2 billion in the first quarter, up 8.3 percent year over year. Last month, San Jose, Calif.-based HPE dramatically upped the price/performance ante in the intensely competitive hyperconverged market by outfitting both SimpliVity and its Nimble Storage dHCI platforms with AMD’s EPYC Rome processors. The updates are targeted at the VDI markets including work-at-home and medical and emergency services, whichhave experienced a significant increase in demand amid the coronavirus pandemic. Nutanix was able to generate US$260 million in hyperconverged systems revenue in the first quarter, up 2 percent year over year. The modest year-over-year revenue growth compared with HPE and Dell Technologies caused San Jose, Calif.-based Nutanix’s market share to slightly drop to 13.1 percent, compared with 13.9 percent share in first quarter 2019. Nutanix, unlike HPE and Dell, no longer sells hardware.

In an interview with CRN this month, Nutanix CEO Dheeraj Pandey said the coronavirus pandemic is making many IT hardware vendors “irrelevant” as many businesses speed up their digital transformation projects and seek new cloud solutions. “Hardware companies are scratching their heads on how they’ll help in this public cloud transition—and they can’t,” Pandey said. “They become irrelevant. Hardware companies, especially proprietary hardware companies, are having to think really hard about how they can actually help in this transition to the cloud.” The Round Rock, Texas-based global storage and server leader has launched a slew of new storage offerings over the past two weeks including a new flagship file and object data line, PowerScale. Some of the new features inside PowerScale, which replaces Dell EMC Isilon, include public cloud integration, unstructured data software, and a 1U platform that can scale from 11 TB of raw capacity to 60 PB and millions of file operations.