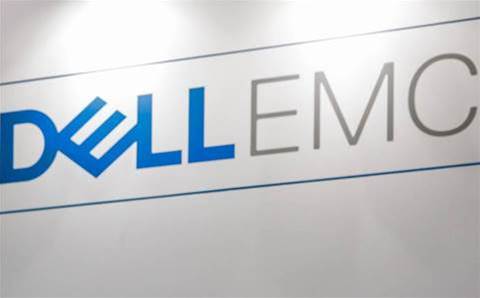 Dell Technologies is exploring a sale of SecureWorks, a US provider of cybersecurity services with a market value of close to US$2 billion, people familiar with the matter said on Thursday.

A sale of SecureWorks, in which Dell holds an 85 percent stake, would allow the latter to trim its US$50 billion debt pile, after it decided to become a publicly traded company last year through a complex deal involving its software subsidiary VMware.

SecureWorks is working with investment bank Morgan Stanley on a sale process for the entire company that is in its early stages, the sources said, asking not to be identified because the matter is confidential.

Dell and SecureWorks declined to comment, while Morgan Stanley did not respond to a request for comment.

SecureWorks, based in Atlanta, offers information security solutions aimed at protecting corporate networks from cyberattacks to 4300 clients in more than 50 countries, according to its website.

Dell acquired SecureWorks for US$612 million in 2011 and then floated the company on the stock market in 2016. SecureWorks shares are up 64 percent since then.

In December, Dell became a publicly traded company following a US$23.9 billion deal to buy back shares tied to its interest in VMware, which it acquired when it bought buy data storage company EMC for US$67 billion in 2016. EMC owned a majority stake in VMware.

Last year, Dell decided to shun a traditional IPO route amid uncertainty over how stock market investors would respond to its US$50 billion debt pile.

This meant it would not receive any IPO proceeds that would have allowed it to pay down debt.

Dell founder Michael Dell has turned to dealmaking to transform his company from a PC manufacturer into a broad seller of information technology services, ranging from storage and servers to networking and security.

Dell has sold many of its non-core assets in the past. In 2016, for example, it sold its software division to buyout firm Francisco Partners and the private equity arm of activist hedge fund Elliott Management Corp for more than US$2 billion.

Elliott increased its stake in Dell to about 5.6 percent earlier this month. A source familiar with the matter said the hedge fund believes the company's shares should be trading higher based on its ownership stakes, including in SecureWorks. Elliott could not be reached for comment.

(Reporting by Liana B. Baker in New York and Pamela Barbaglia in London; Additional reporting by Carl O'Donnell and Joshua Franklin in New York; Editing by Susan Thomas and Phil Berlowitz)

Grabbing the hybrid cloud opportunity with Lenovo and Azure Services
By Liana B. Baker and Pamela Barbaglia
Feb 8 2019
6:34AM