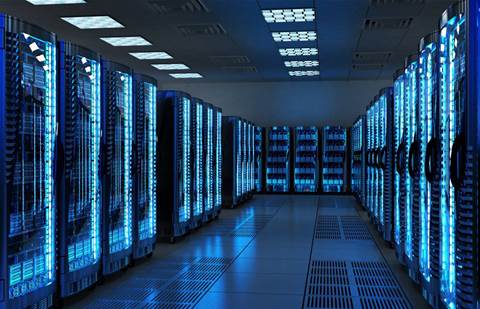 Dell Technologies and Microsoft were the data center hardware and software infrastructure revenue leaders in the first quarter of 2020 as public cloud vendors continue to lead the data center spending charge.

However, the COVID-19 pandemic halted the steady growth trend over the past several quarters in hardware and software revenue, which caused the global data center infrastructure market to drop 2 percent year over year to US$35.8 billion in the first quarter of 2020, according to IT market research firm Synergy Research Group.

Dell was the leader in data center revenue in both server and storage revenue, while Cisco Systems was the dominant player in networking. Microsoft was featured heavily in the quarter, specifically in the enterprise, thanks to its position in server OS and virtualization applications.

The coronavirus pandemic did not have an impact on the big public cloud infrastructure spenders, such as Amazon Web Services and Google, which are spending billions each year on building, expanding and equipping hyperscale data centers to meet growing cloud services demand. Worldwide data center hardware and software revenue for public cloud infrastructure increased 3 percent year over year to approximately US$13 billion, accounting for 37 percent of the total market.

The top four winners in public cloud infrastructure revenue were Dell, Microsoft, Inspur and Cisco. Original design manufacturers (ODMs), which design and manufacture hardware that is later rebranded by other companies for sale, captured a large portion of data center public cloud revenue as well.

For example, he said cloud services revenue continues to annually grow by almost 40 percent, while enterprise Software-as-a-Service (SaaS) revenue is growing by 25 percent. Search and social networking revenue is increasing by over 15 percent annually, and e-commerce revenue is growing by around 20 percent. “All of [this is[ helping to drive growth and increased spending on public cloud infrastructure,” said Dinsdale. “Notably, most of these services are either little impacted by COVID-19 or may be stimulated by changed enterprise and consumer behavior.”

On the other hand, he said, many enterprises have been “negatively impacted by the pandemic, resulting in increased pressure on capital budgets and more impetus on shifting workloads to public cloud providers.”

Worldwide data center sales to enterprises and traditional service providers declined 4 percent year over year to approximately US$22.5 billion in the first quarter of 2020.

The market leader in the enterprise space was Microsoft, followed by Dell, Hewlett Packard Enterprise, Cisco and VMware.

The main hardware segments of servers, storage and networking, in aggregate, accounted for 73 percent of the total $35.8 billion data center infrastructure market. Operating systems, virtualization software, cloud management and network security account for the balance, according to Synergy. The research firm said Inspur had the highest growth rate of any vendor in the market during the first quarter.

Cloud application revenue made easy
By Mark Haranas
Jun 15 2020
6:58AM