Dell, Nutanix slug it out in global hyperconverged market 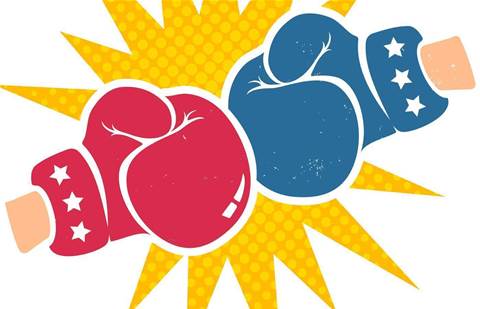 Worldwide hyper-converged infrastructure revenue hit a record high of nearly US$2 billion in the fourth quarter of 2018, with Dell EMC and Nutanix continuing to battle it out for HCI dominance.

Sales of hyper-converged systems grew 57 percent year over year in the fourth quarter, generating a total of US$1.93 billion, according to new data from market research firm IDC. Dell EMC was the worldwide market share leader at 28.6 percent share, up from 27.4 percent share one year ago. Dell EMC generated $552 million in HCI sales, an increase of 64.2 percent year over year.

Nutanix came in second at 14.8 percent market share in the fourth quarter, down from 18.8 percent share year over year. Nutanix hyper-converged sales hit US$285 million, up 24 percent year over year, according to IDC. It is key to note that Nutanix over the past 12 months has stopped selling hyper-converged hardware as part of a revamped software-only go-to-market strategy.

Dell and Nutanix formed a highly successful strategic hyper-converged partnership with the joint XC Series in 2014 that integrates Dell EMC server and storage solutions with Nutanix software. However, Dell acquired an 81 percent majority stake in VMware through its blockbuster acquisition of EMC in 2016, which has slowly deteriorated the Dell-Nutanix partnership, according to one CEO from a top Dell EMC and Nutanix channel partner.

“I’m not being told by Dell channel reps that I should be selling more XC, I’m being told and pushed to sell VxRail,” said the CEO, who declined to be identified. “Nutanix is doing its own thing now and isn’t the biggest fan of VMware. … Nutanix is still the top of the pyramid for many of my customers. And Dell is betting on VMware for the future, not Nutanix. It’s going to be interesting to see how that plays out in the market over the next few quarters.”

Dell and VMware aren’t shying away from letting the world know the two will be integrating very tightly in the future -- not only hyper-converged but across its broad portfolio.

“The mandate we were given from [Dell Technologies CEO] Michael Dell, [Vice Chairman, Products and Operations, Dell EMC] Jeff Clarke and [VMware CEO] Pat Gelsinger is, ‘When we do things with VMware and Dell EMC, we want to be first and best no matter what we do,” said Chad Dunn, vice president of hyper-converged infrastructure product management for Dell EMC in an recent interview with CRN USA. “What we heard from Michael, Jeff and Pat and the rest of the strategically aligned businesses is, ‘We want to do more like VxRail. And we want to do it deeper and more broadly across companies.”