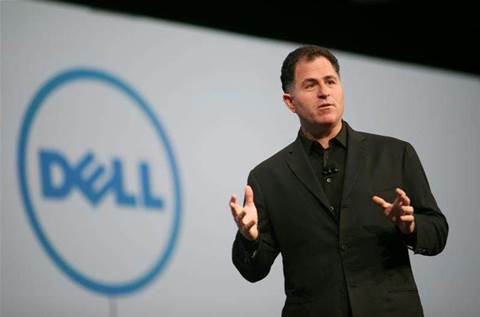 Dell Technologies is reportedly looking to sell its cloud platform-as-a-service company Boomi for a deal valued at up to US$3 billion as Dell continues to shed its various businesses.

Dell sold its cybersecurity business RSA for just over $2 billion to private equity firm STG Partners last year. In December 2019, Dell sold its cloud-native Kubernetes and containers company Pivotal Software to VMware for $2.7 billion. Then in a blockbuster move this week, Dell officially confirmed it will spin off its majority stake in VMware.

Dell Technologies founder and CEO Michael Dell is looking to trim the US$94.2 billion company’s operations by exploring the sale of Boomi as the company is already working with a financial adviser on the matter, according to a report by Bloomberg citing people familiar with the matter.

Boomi, which Dell acquired in 2010 for an undisclosed amount, could be reportedly valued at upwards of US$3 billion. Boomi‘s cloud-native integration platform-as-a-service (iPaaS) has more than 13,000 customers globally.

When contacted, Dell said it does not comment on rumours or speculation.

One top Dell Technologies channel partner who previously worked at Dell said Michael Dell has been seeking to “offload” some of the family brands inside Dell Technologies, which includes Boomi’s cloud platform and VMware for virtualisation and software.

“Michael is a very ‘big picture’ guy. So when he sees something doesn’t fit into his vision or decides he wants to pour more money into another part of Dell by selling something, he’ll do it. Even if it takes a year or two years to pull off,” said the CTO of a solution provider who sells Dell and VMware and did not wish to be named. “Boomi is something I think Dell might let go of for one reason or another. It’s not a Dell company that’s on the tip of your tongue, you know, when Dell talks about its future.”

US-based Boomi was a pioneer of intelligent use of data. Boomi says its vision is to make it quick and easy for customers and partners to discover, manage, and orchestrate data, while connecting applications, processes and people for faster outcomes.

Bloomberg said Dell-Boomi sale discussions are in the early stage and there is no guarantee a deal will happen.

This week, Dell confirmed it will spin off its majority stake in VMware in order to drive additional growth opportunities and unlock value for stakeholders of both VMware and Dell, said Michael Dell.

“Both companies will remain important partners, providing Dell Technologies with a differentiated advantage in how we bring solutions to customers,” Michael Dell said in a statement. “At the same time, Dell Technologies will continue to modernize its core infrastructure and PC businesses and embrace new opportunities through an open ecosystem to grow in hybrid and private cloud, edge and telecom.”

The partner CTO and former Dell employee said Dell Technologies is trying to transform itself once again in light of high demands for its PCs and the global COVID-19 pandemic that is creating a new remote workforce, especially in the IT industry.

“It’s sort of a new world out there because of COVID. Cloud is accelerating faster than ever, people are working from home, everyone needs Dell PCs, Dell Chromebooks, VMware is partnering heavily with all public clouds – 2021 is a very different year than 2019,” said the partner CTO. “Dell might be looking to shake itself up again like it did five years ago when it bought EMC, VMware. … Maybe a Boomi sale could open new doors for them.”