Dell sells off RSA for US$2 billion 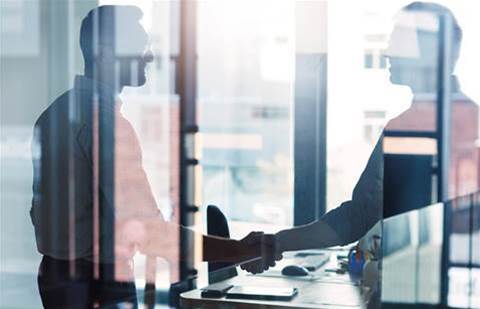 The technology giant said the US$2.08 billion sale of RSA will allow Dell to simplify its security strategy to focus on securing and protecting data at the edge, in the core, and in cloud environments. The transaction includes RSA’s four product lines as well as the industry-leading RSA Conference, and is expected to close in the next six to nine months.

Clark said Dell sought a buyer that was enthusiastic about RSA’s mission, committed to its customer and partner base, and interested in maximizing RSA’s talent, experience, and growth potential. Dell ultimately determined that STG would be the right custodian to achieve those goals.

STG was founded in 2002 and said it’s focused on fueling innovative software, data and analytics market leaders in the midmarket. The private equity firm staked its claim in the cybersecurity market with its April 2019 purchase of network modeling and risk scoring platform RedSeal.

“As one of the world’s elite security brands, RSA represents a great opportunity for solving some of the rapidly developing customer challenges that go along with digital transformation,” STG Managing Partner William Chisholm said in a statement. “We are excited and fully committed to … continuing RSA’s strategy to serve customers with a holistic approach to managing their digital risk.”

The purchase price for the STG deal is nearly identical to the US$2.1 billion storage giant EMC paid to buy RSA back in September 2006. RSA then moved under the Dell Technologies umbrella when Dell completed its US$60 billion purchase of EMC in September 2016.

“With a more independent configuration, we expect to be in an even better position to accelerate innovation, ensure customer success with our portfolio of on-prem and cloud solutions, and expand opportunities for our partner ecosystem,” RSA president Rohit Ghai wrote in a blog post.

RSA has offerings spread across several disparate areas of cybersecurity. These include RSA Archer for governance, risk and compliance; RSA NetWitness for security incident event management and threat detection and response; RSA SecurID for identity and access management; and RSA Fraud & Risk Intelligence. The company is well known for its SecurID authentication tokens.

STG also takes control over the RSA Conference, which is the world’s largest cybersecurity event and last year drew more than 42,500 people and 700 vendors to San Francisco’s Moscone Center. The RSA Conference began in 1991 as a small cryptography conference, and has grown over the decades to include a smaller multi-day conference in Asia-Pacific as well one-day events in a few locations globally.

Dell Technologies has in recent years shed many of its security assets, selling both Quest and SonicWall to private equity firm Francisco Partners in November 2016 for an undisclosed amount. Dell had bought Quest and SonicWall just four years earlier, paying US$2.36 million and US$1.2 billion, respectively, for the security organizations.

Once the RSA sale closes, Dell’s security portfolio will be limited to cybersecurity services firm Secureworks, in which Dell has been the controlling stakeholder since 2011. Bloomberg reported in December that Dell was looking to buy out the minority stakeholders in Secureworks that hold a combined 13.8 percent interest.

Another security organisation under the Dell Technologies umbrella is endpoint detection and response (EDR) firm Carbon Black, which was purchased by VMware in October 2019 for US$2.1 billion. Although VMware is publicly traded on the New York Stock Exchange, Dell Technologies is the majority shareholder.

Dell’s interest in selling RSA was first reported by Bloomberg in November 2019, and The Wall Street Journal reported late Monday that Dell was nearing a deal to sell RSA to STG Partners for US$2.1 billion.

Grow your software revenue by selling these 5 affordable, essential tools for the modern workplace
By Michael Novinson
Feb 19 2020
6:51AM