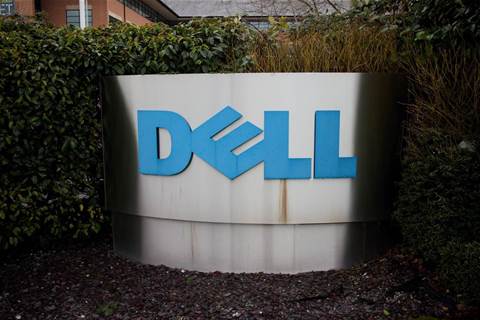 Dell Technologies, coming off the best sales year in its history, continued to accelerate in its fiscal 2022 with record-breaking first quarter revenues, helped by a surge in remote work and education around the globe.

The infrastructure and PC giant said that the substantial growth during its first quarter was driven by growth across infrastructure solutions, client solutions and its VMware business units.

“These results were driven by the ‘do-anything-from-anywhere economy’ where technology enables connectivity and outcomes for all of us,” Dell’s COO and vice chairman Jeff Clarke told investors during the company’s Q1 2022 earnings call Thursday evening. “That need for connectivity was demonstrated in record demand last year and has continued into this year.”

Storage revenues for the tech giant, however, continued to struggle to gain a foothold during the first fiscal quarter 2022, which ended on April 30 — a trend that has plagued Dell since the end of 2019.

Dell in May confirmed that it will spin off its 81 percent stake in VMware to Dell Technologies shareholders in the fourth quarter of calendar year 2021. Dell’s CEO Michael Dell will still be chairman of VMware and hold the largest stake in VMware following the spin-off, but the transaction will make VMware a standalone company for the first time in over 15 years.

VMware generated a total of US$2.99 billion in revenue, up 9 percent compared to the same quarter one year ago. Tom Sweet, executive vice president and chief financial officer of Dell, said that the company will continue its strategic relationship with VMware, but revenue-wise, the two companies will have a “distributor arrangement,“ he said.

Dell is currently in the process of transforming itself by selling or spinning off some its businesses, including VMware, Boomi and RSA to focus on high priority market segments, while it also pushing a new as-a-service sales motion with Apex as a way to modernise IT consumption.

Apex, said Clarke, will help Dell deliver “the scale of the cloud with the ease of as-a-service.” Apex includes data centre services, cloud services, and custom solutions, and the company is seeing increased customer interest in as a service, including with large customers, such as GE, he added.

Sweet, however, said that Dell is experiencing “building momentum” in storage demand, which the executive said will continue to improve as customers focus on hybrid cloud. “We need to get [storage] to grow on a more consistent basis. The buying environment would suggest the storage market should continue to be positive for the year and it’s our intention to take advantage of it, but we have more work to do,” he said.

Dell‘s executives also took to the earnings call to address the global supply chain issues that are plaguing the IT industry right now. The COVID-19 pandemic accelerated adoption of digital technology. This coupled with an improving global economy, contributed to the overall shortage of semiconductors, which Clarke said Dell is “working through.”

However, Sweet said that these shortages will most likely impact Q2 2022’s results and that this constraint will be with the industry until next year, he predicted.

Coming off of a homerun 2021, Dell generated record first-quarter revenues in Q1 2022. The company reported US$24.49 billion in total revenue during the fiscal first quarter of the year, up 12 percent year over year from US$21.89 billion in the first quarter of fiscal 2021. Net income for the quarter reached US$887 million, up 520 percent from US$143 million one year ago.

Dell stock is up less than 1 percent in after-hours trading at US$99.70 per share.