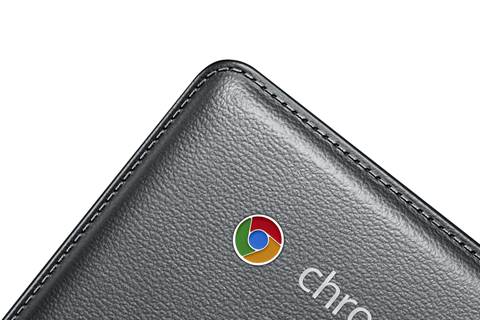 Dell pulled its Chromebook 11 from the Dell.com store Monday US time, citing supply issues due to “better-than-forecasted” sales of the Chrome OS notebook. The move, Dell said, will help ensure commercial availability of the notebooks during the height of the back-to-school commercial sales season.

“This is a nice problem to have. We are in the middle of a very busy buying season and, all I can say is, Dell is experiencing strong demand and we have suspended sales via our Dell website temporarily,” said Ellen Murphy, Dell global consumer client PR consultant. “We expect to return Chromebooks for general availability in the next several weeks.”

Chromebooks have been a shooting star for Dell and other PC makers more recently and were credited by market research firm IDC last week for helping boost U.S. PC sales by as much as 6.9 percent in the second quarter.

“We are seeing exponential growth in Chromebook sales,” said Eddie Franklin, vice president of sales for the Public Sector and Vertical Markets at Synnex. “We are in the peak of the back-to-school buying season for public sectors. Right now Chromebook availability among all the OEMs has been spotty to mostly good.”

Chromebook sales took off beginning in late 2013, Franklin said. That’s when Google flipped the switch on a channel strategy that included more partners and programmed the reselling of its Chromebook Management Console.

Where there was one vendor that dominated the Chromebook market previously in Samsung, there are now eight manufacturers with 16 different Chrome devices for partners to go to market with, Franklin said.

“We are seeing good success with Chromebook sales,” he said. “Google really spotted a problem in the [K-12] market that it could solve. It recruited, trained and enabled the channel and helped them create, define and grow that market.”

Some of those manufacturers include Samsung, Toshiba, Lenovo and Hewlett-Packard. All continue to sell Chromebooks through their retail websites, while Dell.com shoppers are met with the statement:

“Due to strong demand for the Dell Chromebook 11 during the education buying season, it is currently not available for sale on Dell.com. It continues to be available for our education customers, and can be ordered through their sales representative. We are working with our procurement and product teams to build inventory and offer it more widely to customers in the coming weeks.”

Dell’s first Chromebook debuted just seven months ago in December. The Dell Chromebook 11, the company said at the time, would target the education market with a laptop that featured an 11.6-inch screen, Intel Haswell-based processor architecture and starting price of US$290.

Dell’s Murphy said she was unaware of any caps or rationing of Chromebooks for channel sales. Dell partners that CRN reached out to said they were unaware of any Dell Chromebook scarcity through Dell’s indirect channel.