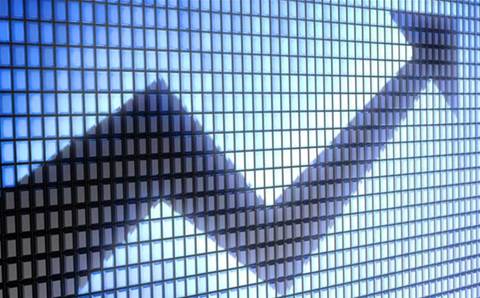 Citing strong growth in all-flash and hyper-convergence solutions, as well as better-than-expected results from its Client Solutions Group, Dell Technologies posted dramatic sales growth for the first earnings report since the landmark merger between Dell and EMC.

"The storage trend is the move to all-flash, and for the calendar quarter demand for our all-flash portfolio is in very high double-digit growth with a nearly US$2.5 billion (A$3.3 billion) run rate," David Goulden, president of Dell EMC's Infrastructure Solutions Group, said during a conference call to discuss the company's third-quarter results. "The whole portfolio is shifting to all-flash and growing exceptionally well: two, three, four times bigger than our competitors."

Dell Technologies' non-GAAP sales for its fiscal third quarter ending 28 October hit $16.2 billion, a 28 percent increase over the same period a year ago thanks in large part to the inclusion of EMC assets, and sufficient to put considerable distance between itself and its chief competitors. Dell Technologies reported a US$1.5 billion operating loss for the quarter on merger-related expenses.

In contrast, Hewlett Packard Enterprise reported a 7 percent sales decline for its fourth quarter ending 31 October, coming in at just less than US$12.5 billion. HP Inc.'s fourth-quarter sales increased 2 percent to US$12.5 billion.

Lenovo reported declines across its business units for its second quarter, which ended in early November. Sales at the company's Data Center Group were down 8 percent. Mobility sales fell 12 percent and PC sales, where Lenovo typically dominates, were down 8 percent.

The Infrastructure Solutions Group reported mixed results, with servers and networking revenue down 8 percent, storage up 3 percent and increasing demand for newer technologies.

"Legacy EMC was soft as the market moves to all-flash, converged and hyper-converged," Goulden said. "Q3 demand grew high double digits with strong momentum in VxRail. We have orders for more than 3700 nodes since launch in February."

In the 52 days since the Dell EMC merger, VMware booked US$1.3 billion in sales and $548 million in operating profit.

Dell Technologies was created by the landmark US$58 billion merger in early September of Dell and EMC. The company is private but because it issued a tracking stock tied to the performance of VMware as part of the transaction, it is required to publicly file earnings reports, host quarterly earnings conference calls and hold an annual shareholders meeting.