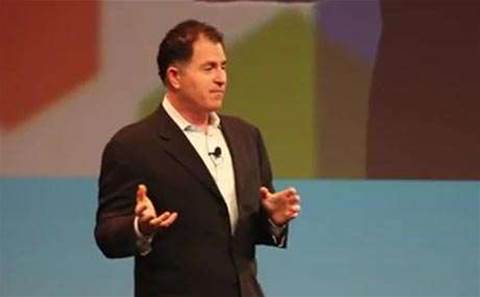 Michael Dell
Michael Dell won shareholder approval on Thursday for his $25 billion (A$27 billion) offer to buy and take Dell private, putting an end to months of conflict with the company's largest investors.
[LinkedIn: What will privatisation bring for Dell?]
Partnering with private equity house Silver Lake, the billionaire CEO offered $13.75 (A$14.80) a share, plus a 13-cent special dividend, to take private the company he founded in a college dorm room in 1984, in what would be the biggest leveraged buyout since the financial crisis.
Here are the major events that have transpired in the months-long battle that followed almost half a year of behind-the-scenes negotiations.
February 5 - Michael Dell and Silver Lake's buyout offer is announced and a 45-day "go shop" period commences during which a special board committee solicits rival offers.
In all, Dell contacts 67 parties.
Feb 8 - Opposition from major shareholders grows on the perception the $13.65 (A$14.70) a share Michael Dell and Silver Lake offer undervalues the company. By the end of the week, some of the largest shareholders - Southeastern Asset Management, Harris Associates LP and Yacktman Asset Management and Pzena Asset Management - express opposition to the deal.
March 5 - Icahn informs Dell's board he is a substantial shareholder, later revealing he owns $1 billion (A$1.1 billion) in stock.
March 7 - Icahn demands Dell pay $9 (A$9.70)a share in special dividends and combine its annual shareholders meeting with a special meeting convened to vote on the CEO's buyout offer. He threatens a proxy fight and "years of litigation" if Dell rebuffs him.
March 11 - Icahn gets a confidential look at Dell's books.
March 22 - Blackstone and Icahn Enterprises send separate proposals to the special committee. Blackstone, which teamed up with Francisco partners and Insight Venture partners, offers more than $14.25 (A$15.40) per share for the entire company.
Icahn offers about $15 (A$16.20) per share for 58 percent, the first of several counter-offers designed to give shareholders an alternative to Michael Dell's bid.
Under both proposals, Dell would remain a public company.
March 25 - Icahn starts initial talks with Blackstone, opening the door to an alliance with the private equity firm.
March 29 - Michael Dell warns of the danger of taking on a lot of debt and remaining public, calls the Blackstone and Icahn offers fraught with risk.
April 5 - Blackstone Group makes plans in-depth analysis of the company. Dell's special committee says it will give Icahn the same expense reimbursement available to the other two bidders if he does not threaten or embark on a proxy fight.
April 9 - Southeastern Asset Management issues an open letter arguing the company's proxy statement fails to make a compelling case for accepting the Michael Dell-Silver Lake offer. It casts doubt on the integrity of the filing, saying: "The board's sudden rush to sell is triggered by one thing: Mr. Dell's desire to buy."
April 16 - Dell strikes a deal with Icahn to limit his investment in the company.
April 19 - Blackstone withdraws from Dell buyout process, citing a "rapidly eroding financial profile" and an unprecedented 14 percent market decline in PC volume. Dell shares fall to a two-month low of $13.40 (A$14.47).
April 24 - Several of the Oakmark Funds sell Dell shares after Blackstone ends its pursuit of the computer maker.
April 29 - Venture capitalist James Breyer plans retirement from Dell board.
May 6 - Dell acquires cloud-management company Enstratius.
May 10 - Icahn and Southeastern Asset Management propose a deal that gives shareholders $12 in cash for every share they own, as well as allow them to keep their stock.
May 13 - Icahn and Southeastern unveil candidates for a new board.
May 16 - Dell reports a 79 percent slide in fiscal first quarter profit as personal computer sales continue to shrink.
June 5 - Dell's special board committee says Icahn is almost $4 billion (A$4.3 billion) short of the cash needed to fund his proposal for a $12 (A$12.95)-per-share special dividend. Continues to recommend buyout offer from Michael Dell and Silver Lake.
June 18 - Icahn says he is now the company's largest external shareholder, with Southeastern selling nearly $1 billion (A$1.1 billion) of its stock to him at $13.52 (A$14.59) a share. He proposes Dell commence a tender offer for about 1.1 billion Dell shares at $14 (A$15.11) apiece.
Icahn also lays out his plan to finance his deal, including offering $2 billion (A$2.2 billion) from himself and affiliates if needed.
June 21 - Michael Dell says he opposes any leveraged recapitalisation and calls for shareholders to support his proposal.
July 3 - Several large shareholders, who collectively own more than 5 percent of the company, urge the board to draw up a contingency plan in case the buyout fails.
July 8 - Major proxy firms, including ISS, recommend that shareholders accept Michael Dell's offer, boosting his position.
July 10 - Icahn urges shareholders to vote against the buyout and suggests they pursue in court their legal right to an appraisal of the fair value of the shares.
July 12 - Icahn and Southeastern Asset Management raise their bid for Dell by adding a warrant they say would value each share at between $15.50 (A$16.73) and $18 (A$19.43), up from $14 (A$15.11).
July 18 - Shareholder meeting delayed.
July 24 - A second shareholder meeting on the buyout is adjourned. Michael Dell raises his bid by 10 cents to $13.75 (A$14.85) a share, but adds requirement that a majority of votes cast be enough to seal the deal.
July 31 - The special committee rejects Michael Dell's demand, but says it is willing to move forward the vote's record date, which determines eligibility.
Aug 1 - Icahn files a lawsuit against the company and its board in Delaware asking court to fast-track the case and prevent any substantial voting requirement changes, including changing the record date, and reject Michael Dell's requirement that absentee or non-votes be discounted.
Aug 16 - Judge refuses the activist investor's fast-track bid, dealing a serious blow to his legal campaign.
Sept 9 - Icahn throws in the towel, saying in a public letter to shareholders his battle was "impossible to win."
Sept 12 - Preliminary voting results show Michael Dell and Silver Lake have clinched shareholders' approval to go ahead with the buyout, ending months of conflict and removing a cloud of uncertainty that has hung over the company.
Got a news tip for our journalists? Share it with us anonymously here.