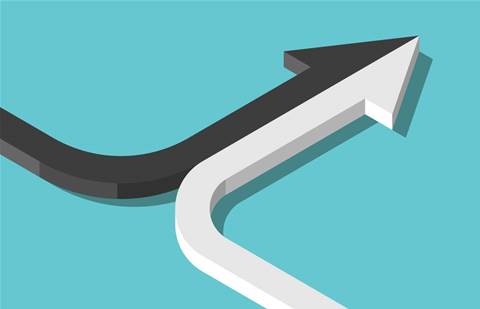 Dell will soon ‘crystallise’ its storage products, finally addressing overlaps in the ranges it sold before it acquired EMC.

Dell built its storage portfolio with a mix of in-house development and acquisitions. By the time its acquisition of EMC closed in September 2016, it had products derived from Compellent, EqualLogic and its own PowerVault range. The EMC deal brought a raft of competing products onto Dell’s price list.

Dell kept them all alive, arguing that current customers wanted continuity and that the market could bear a little overlap if it meant buyers could get something that was just right for their needs.

But that thinking is now on the way out.

Dell’s head of global alliances and service providers Jay Snyder recently told CRN the company is “aggressively” working to “crystallise” its storage range, with a view to consolidation and removing overlapping products.

“I will tell you that in six to 12 months that is really going to crystallise,” he said. “Obviously there is a long tail on some of the products,” he added, taking pains to point out that older products will be gracefully retired.

“But in terms of rationalisation in our own world and what the roadmap looks like for the future, that is happening aggressively.”

While the impact of that rationalisation on Dell’s channel is months or years away, Snyder said the company’s channel should now be noticing the new cloud strategy – Cloud Partner Connect - it introduced in mid-2017.

“The Dell Technologies cloud platform gives us not only a medium but infrastructure that is really relevant to our partners,” he told CRN. Snyder said Dell is re-focusing its sales teams to move from capital-expenditure-driven sales into sales that let partners build cloud businesses on equipment they may not have to purchase outright.

Snyder recounted a recent meeting in which Dell CEO Michael Dell pondered how this kind of sale impacts Dell partners. The meeting pondered how Microsoft is moving some Azure sales to a direct transaction, with partners offered rebates and encouraged to emphasise services.

Snyder said Michael Dell recognised that cloud offers opportunities for that kind of shift, but concluded that Dell the company must devise a plan to bring partners along for the ride as buyers move to more outcome-focused purchases and projects.

“If you want to deliver an outcome to a use case or business problem, you are going to need a business partner.”