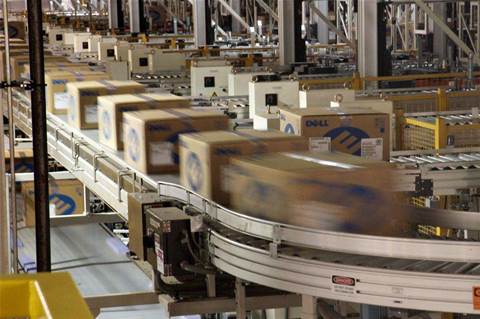 The facility, revealed by CEO Michael Dell during a visit in March, was one of ten centres expected to be built worldwide.

Despite continued questioning this week, Australia and New Zealand managing director Joe Kremer would not reveal which state would house the facility.

Michael Dell was known to have visited Sydney and Canberra during his recent trip to Australia.

At a quarterly earnings meeting in Sydney this week, Kremer said the company had narrowed site choice to a single state and would begin delivering its first services within a year.

These would include a storage-as-a-service offering, among those a medical imagery and reports storage service from Dell's acquisition of US vendor Insite One in December last year.

However, Kremer revealed that Dell also planned to offer the facility as a co-location space for existing customer equipment, regardless of vendor.

"We're happy to build a data centre that's a co-lo of numerous customers," he said. "The one we've announced and built will be a co-lo[cation data centre] but we're open minded."

A Dell facility in Australia would mark the first use of the computing giant's Data Centre Services team, a five-year-old unit that had been used to build facilities specifically for cloud use and Kremer boasted was behind some of the largest cloud services offered globally.

Kremer said use of the company's existing intellectual property meant the facility could replicate previous feats of reaching a power usage effectiveness rating of 1.05.

Dell itself had recently begun offering a line of air-cooled servers and storage that could run at temperatures up to 40 degrees Celsius for 900 hours a year.

Kremer did not clarify how Dell would maintain the PUE rating and provide co-location space for boxes from other vendors and with less power efficiency.

The facility would likely eventuate as a hybrid of private, public and co-located data centre services, according to Kremer's indications.

Fujitsu, HP and Amazon were among vendors also drawing up major data centres plans for cloud and other services in Australia.