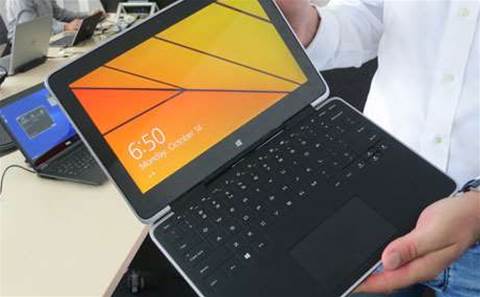 Dell has come under fire for labour conditions in its factories in China, with a report alleging numerous breaches of labour law and industry standards.

The report by DanWatch and China Labor Watch drew on interviews and evidence collected at four factories in China that manufacture hardware for Dell.

The research is the latest in a chain of human rights concerns raised over tech factory conditions – with Apple often singled out – and suggests the drive for cheap technology continues to come with human costs.

According to DanWatch, workers had to endure forced overtime, were exposed to toxic fumes without being given adequate protection, and paid below the minimum wage.

The report found that the Dell-related factories breached guidelines set out by the Electronic Industry Citizenship Coalition (EICC) – of which it is a member – from working longer than the maximum 60 hours a week to paying below the minimum wage.

Companies like Dell have elaborated corporate accountability policies and codes of conduct, but this report shows, again, that these are ineffective tools

"At some of the factories, workers received a base salary lower than the region’s minimum wage, though the EICC standards demand that compensation paid to workers complies with all applicable wage laws," the report claimed.

"Workers experience harsh working environment and verbal abuse... and are exposed to toxic fumes and do not receive proper protection."

Workers complained of rashes and other health issues blamed on factory and living conditions.

The state of factories in China has been the subject of hand-wringing in the past, but the latest report suggests moves to improve conditions by various industry groups are having little impact.

"Electronics brand companies like Dell have elaborated corporate accountability policies and codes of conduct but this report shows, again, that these are ineffective tools."

According to Dell, it had already been auditing the factories that manufacture its hardware as part of a corporate responsibility programme.

"Dell was already in the process of auditing the four suppliers before they were highlighted in the DanWatch report - three were audited this summer, with the fourth already scheduled for this month," the company said in a statement, without detailing the audit findings.

"Dell employs high standards for workplace conditions and safety in our facilities and we expect our supplier partners to employ the same high standards. It is also our policy to thoroughly investigate and take appropriate action regarding any reports of poor working conditions in our supply chain."

While the report focused on Dell, the factories involved in the research were also believed to be making goods for Asus, HP, Samsung, and Microsoft.

7 steps to MSP success: from pricing to specialisation
By Stewart Mitchell
Nov 8 2013
12:28PM