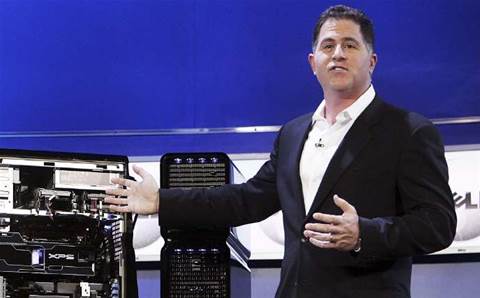 Dell has unveiled a new converged infrastructure strategy with the introduction of a platform designed to provide flexible options to meet the widest range of customer requirements.

"In between is a missing middle where customers don't have to compromise their existing policies," he said. "There's a need for form-factor-independent platforms that are easy to deploy, with some options, but still driven by automation."

Dell's answer is the Dell Validated System for Virtualisation, a series of converged infrastructure appliances built around the company's PowerEdge servers or FX2 server chassis, SC-series storage appliances or raw hard drives and SSDs, and Dell or Brocade networking.

At this week's VMworld conference, Dell is demonstrating a four-node solution based on VSAN 6.2, and showing how it can be downsized to a three-node solution and configured for SQL databases.

The Dell Validated System for Virtualisation will be sized according to the number of virtual machines supported, with versions supporting up to 200, 600 and 1,300 virtual machines available. Configuration options include hyper-converged infrastructure, he said.

Actual configuration will be based on customer requirements, Keels said.

The solutions can be configured by Dell Services before shipping, or in the field by customers or channel partners. "Channel partners can exploit their existing delivery and services capabilities to open new revenue streams," he said.

The Dell Validated System for Virtualisation will not compete with Dell's hyperconverged infrastructure solutions, including models based on the Nutanix software stack and on VMware's VxRail software, Keels said.