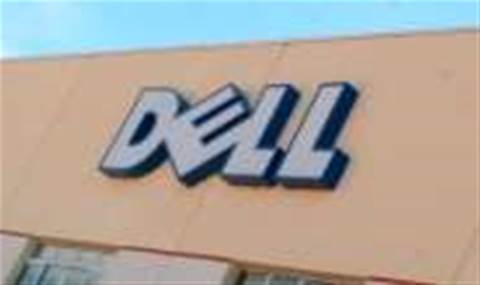 Dell is putting further weight behind 10 Gigabit Ethernet (10GbE) as its choice for a unified datacentre network fabric with a slew of new product announcements, including switches, EqualLogic storage arrays, consulting services, and a new management tool.

Dell said that the new products and services round out the storage and network technologies released during 2009, such as its 11th generation PowerEdge servers unveiled in March.

"It's a collection of introductions to help customers put in place high-speed fabric and infrastructure to run protocols such as iSCSI and Fibre Channel over Ethernet," said Hugh Jenkins, Dell's European enterprise marketing manager.

"With virtual infrastructure, customers are now looking at their network fabric and the loads placed on the network, and thinking about what they need to put in place for the future. They don't necessarily want a separate fabric for their network, client and storage connections, and 10GbE is a strong medium to unite them."

To this end, Dell has introduced the PS6010 and PS6510, its first EqualLogic storage arrays with 10GbE built-in, plus new 10GbE switches including the PowerConnect 8024F, a 24-port Layer 3 switch for top-of-the-rack aggregation.

Dell is also building on its partnership with Brocade to offer the latter's RX, DCX and 800 series of switches, which from February 2010 will be badged as the Dell PowerConnect-B Series to provide customers with robust core switching capabilities.

"Over time, you may see us introduce more and more of the Brocade portfolio, " Jenkins said.

Dell has also announced its first 10GbE converged network adapters for its PowerEdge rack and blade servers, enabling customers to unify existing Fibre Channel storage area networks onto a 10GbE fabric with Fibre Channel over Ethernet functionality. These will be available from 22 December.

For larger customers with complex IT estates, Dell is also set to introduce its Infrastructure Manager software next year, which provides an orchestration layer for dynamically allocating workloads.

Already shipping in the US, Infrastructure Manager allows customers to deploy and redeploy applications in the datacentre without having to re-cable or reconfigure the infrastructure, Jenkins said. It is based on technology from Scalent Systems.

"You don't need any special server, storage or network kit. The hard work is to profile and set up software on top of the orchestration layer so applications can be assigned to a different set of servers dynamically, as needed," he explained.

Create your business scorecard
By Daniel Robinson
Dec 11 2009
8:42AM