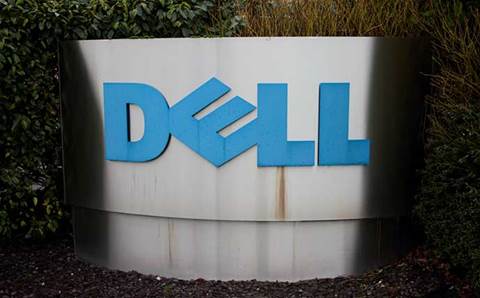 Dell Technologies is doubling down on its consumption and as-a-service strategy by launching Dell Technologies On Demand, providing partners a 10 percent upfront margin as well as the ability for the first time to sell Dell’s leading PowerEdge server portfolio, PC-as-a-Service for SMBs and VMware integrated solutions such as the Dell Technologies Cloud and new PowerOne in a variety of consumption-based offerings.

Customers can now choose to procure nearly all of Dell EMC and VMware solutions – from PowerEdge servers, PCs and gateways to Dell Technologies Cloud and Unified Workspace – in three flexible consumption offerings that scale while providing transparency on total cost of ownership throughout the lifecycle. The program is being backed by Dell Financial Services.

“We’re letting customers choose what type of flexible consumption models they want to do matched up with any of our services or any of our channel partners services – then backed with the industry’s broadest portfolio of IT,” said Sam Grocott, senior vice president, marketing, Dell Technologies in an interview with CRN.

Partners in the Dell Technologies On Demand program can receive a 10 percent upfront transaction fee of the entire deal after closure. Akanksha Mehrotra, vice president of strategy, planning and operations, who leads Dell Technologies On Demand marketing, said partners can choose the 10-percent upfront margin or a resell option depending on how much risk a partner wants to take.

“Let’s assume a partner doesn’t want to take on too much risk. They can go with the upfront option that gives [partners] that referral fee as soon as the deal is closed and infrastructure deployed. That fee is 10 percent of the committed contract value. So they make that margin upfront once the deal is closed and they also still get tier credit and qualify for all of their usual rebates that they would just like any other Capex deal,” said Mehrotra.

Another On Demand option for partners is resell, said Mehrotra, which is typically for channel partners who tend to have long term investments with Dell such as Titanium-status partners. “In this model, we will ship the infrastructure to the customer, retain ownership, we meter and measure the customer usage and bill them for what they’re looking for on a monthly basis,” she said. “The partner executes the agreement with their customers. They can include their value-added services. So we’ll sell it to them at a wholesale rate, they can include their services and whatever else they’d like, then upsell it to make whatever margin. Then they manage that agreement with the customer on a day-to-day basis.”

In terms of On Demand’s consumption-based meter offering, Flex on Demand, metering is uniquely measured based on the specific technology being consumed. For example, in terms of Dell computing, Flex on Demand meters at the physical server level based on CPU utilisation, meaning the CPU a customer is using within the server will determine what they pay for on a monthly basis. In terms of storage, for example, metering is typically based on capacity.

“We even offer a logical approach at the VM level with our Data Center Utility services, where you can meter based on the VMs that your using,” said Grocott. “So whether it’s compute, memory, capacity or even at the VM level, we can support metering across the board. We’re extremely glandular in what we offer our partners to then work with customers.”

Additionally, Dell Technologies On Demand is providing a new flexible consumption option by expanding PC-as-a-Service (PCaaS) to include small business, with the ability to offer lifecycle management of hardware, software, services and financing for growing companies in a single, predictable price per seat per month. “So you can now consume our PC-as-a-Service offer down to the smallest organization or even the individual user,” said Grocott.

The launch of Dell’s new program comes as customer demand for more Opex, cloud-like buying options for IT infrastructure is on the rise. Many IT leaders are now realising the future is in hybrid cloud, which is a mix of both on-premise and public or private cloud solutions.

By 2022, 15 percent of new deployments of on-premise computing will involve pay-per-use pricing, up from less than 1 percent in 2019, according to IT research firm Gartner. Dell is aiming to stay ahead of the curve with its On Demand program by combining flexible consumption with end-to-end architectures that can be managed through a single pane of glass. For example, Dell’s new PowerOne autonomous infrastructure transforms into Infrastructure As-A-Service when paired with these flexible consumption offerings and value-added services.

Grabbing the hybrid cloud opportunity with Lenovo and Azure Services
By Mark Haranas
Nov 13 2019
11:27AM