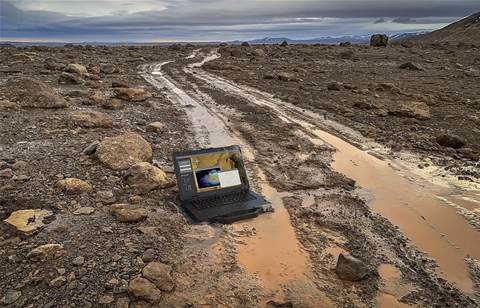 The new Latitude Rugged 7730 laptop is 5G capable and ready to take on the most extreme environments as the industry’s smallest 13” fully-rugged laptop, Dell said. Dell’s 7000 series of Latitude laptops are designed for the Intel Evo vPro Platform along with Intel’s 11th Gen Core i7 processors.

Dell’s new Latitude Rugged 5430 laptop is 5G enabled and the industry’s lightest and most powerful 14’’ semi-rugged laptop, the company said. The Latitude 5000 series of laptops include Intel vPro technology, which are the most manageable vPro-enabled business laptops in the market today, the Round Rock, Texas-based company said.

Dell Technologies founder, CEO and chairman Michael Dell said the laptops, as well as other edge computing innovation his company launched this week, enables new opportunities in the “next great frontier” of IT.

“The edge is technology’s next great frontier, and it’s all around us, everywhere from retail to manufacturing, smart cities and hospitals,” said Dell in a statement today at Dell Technologies Summit. “At Dell, we’re innovating simple solutions, so organizations can analyse data closer to where it’s created, make faster decisions, improve outcomes and drive progress.”

Both the Latitude Rugged 7730 and 5430 laptops will become globally available for order on December 9, 2021, and will be shipped with Windows 11. These new laptops join Dell’s growing list of PCs that will include pre-installed Windows 11, such as the Dell XPS 13 and Dell Inspiron 16 Plus.

The new Latitude laptops announcement comes as Dell came in third in terms of the number of PCs shipped globally during the third quarter of 2021, according to new data this week from IT research firms Gartner and Canalys.

Dell won 18.1 percent market share of the PC shipment market worldwide, beaten out by Hewlett Packard in second at 20.9 percent share, and Lenovo in first place at 23.6 percent.

Dell is, however, is growing its PC shipment market share faster than any other company in the world. Dell notched its fourth consecutive quarter of double-digit growth on a global basis by shipping over 15 million shipments in a single quarter for the first time ever, according to Gartner and IDC.

Dell shipped a total of more than 15.2 million PCs in the third quarter on a worldwide basis, up a whopping 27 percent year over year.

Over the past two weeks, Dell has unveiled a slew of new edge computing products including new PowerEdge servers, VxRail nodes and 5G enabled telecommunication software.