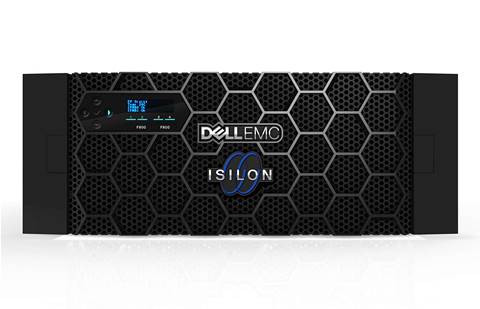 Dell Technologies has widened its worldwide server market share leadership gap over Hewlett Packard Enterprise in the first quarter of 2020, according to new data by IDC.

"Server market performance was relatively similar to the fourth quarter, albeit a bit more muted, with bright spots including the ODM Direct vendor group realizing solid demand from its core hyperscaler and cloud provider customer set, and continued strength in the non-x86 server space," said Sebastian Lagana, research manager for Infrastructure Platforms and Technologies at IDC in a statement.

In terms of server class revenue year over year, high-end server systems sales declined 9 percent to roughly US$1 billion, midrange servers fell 23 percent to just under US$2.6 billion and volume server revenue was down 2 percent to US$15.1 billion. Research firm IDC declares a statistical tie when there is a difference of one percent or less in share of revenues or shipments among vendors. In the first quarter, IBM and Lenovo are within one percent share of each other, creating a tie for fourth place. 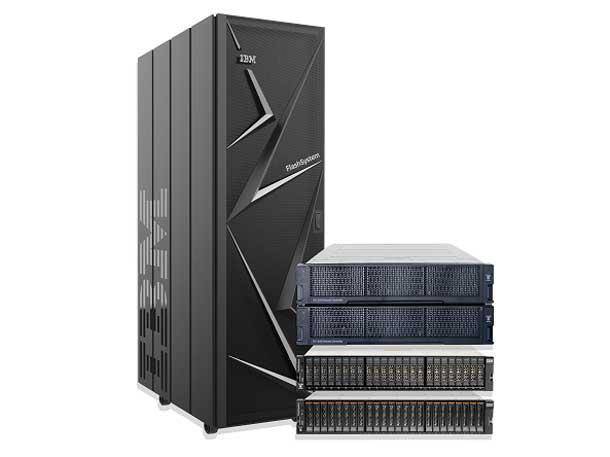 IBM generated a total of US$884 million in server sales across the globe, up 16.3 percent year over year, making IBM the fastest-growing server company in the world. The company captured 4.8 percent share of the global server market, up from 3.8 percent in the first quarter of 2019. In terms of total servers shipped, IBM did not rank in the top five, meaning the company shipped less than 120,000 server units during the quarter.

This week, IBM chief executive Arvind Krishna said the company had stopped selling facial recognition software and opposes the use of any technology for mass surveillance, racial profiling and violating human rights. The PC giant and data centre infrastructure specialist registered a total of US$1.04 billion in server sales during the quarter, representing a decline of nearly 8 percent year over year. Lenovo saw its global market share slightly drop from 5.7 percent share in first quarter 2019 to 5.6 percent share. However, Lenovo shipped a total of 153,570 servers during the quarter, up nearly 12 percent year over year, making Lenovo the fastest-growing vendor in terms of total servers shipped in the first quarter.

Hong Kong-based Lenovo has been hit hard by the coronavirus pandemic, which caused net income to drop 64 percent to $43 million and total sales to drop 10 percent to US$10.6 billion year-over-year in its fourth fiscal quarter. Inspur generated a total of US$1.32 billion in server sales during the quarter, an increase of 8.6 percent year over year. The revenue increase boosted the China-based company’s global market share to 7.1 percent, up from 6.2 percent share in the first quarter of 2019. Inspur shipped a total of 211,007 servers during the quarter, up 3 percent year over year. (Due to the existing joint venture between IBM and Inspur, IDC reports external market share on a global level for Inspur and Inspur Power Systems as ‘Inspur/Inspur Power Systems.’) Although Hewlett Packard Enterprise and the New H3C Group surpassed Dell Technologies in server market share revenue in the fourth quarter of 2019, HPE’s share slipped in the first quarter of 2020. HPE generated US$2.89 billion in server sales during the quarter, representing a drop of nearly 19 percent compared to US$3.55 billion in server revenue first-quarter 2019. The company won 15.5 percent share of the global market, down from 18 percent share year over year.

HPE placed second in terms of the total amount of servers sold in the quarter by shipping 377,544 servers, representing a drop of 8 percent year over year. The company sold approximately 14.7 percent of all the servers shipped in the first quarter of 2020. Due to the existing joint venture between HPE and the new H3C Group, IDC reports external market share on a global level for HPE and New H3C Group as ‘HPE/New H3C Group.’

The infrastructure giant is “doubling down” on R&D innovation in the midst of the economic fallout from the COVID-19 pandemic. Dell Technologies continues to lead the server world by capturing 18.7 percent of the global market in the first quarter with US$3.47 billion in server revenue. The US$91 billion infrastructure leader also sold the most servers out of any other company in the world by shipping 474,011 units in the quarter, representing 18.4 percent share of all of the servers shipped in the quarter. However, Dell’s server revenue dropped 13 percent compared to the US$4 billion in sales in the first quarter of 2019, while total server shipments also fell 8 percent year over year.

The company saw its stock surge after reporting US$21.9 billion in sales for its first fiscal quarter 2021 as Dell beat analysts and Wall Street expectations. Over the past few years, Dell has been revamping its broad server, storage, data protection and hyperconverged infrastructure portfolio under its new Power brand. “The OEM market faced stiff headwinds due to a combination of slowing enterprise demand for x86 servers and supply chain constraints, both driven largely by macroeconomic impacts,” said IDC’s Lagana.