Dell will invest heavily in tablets and PCs after $25bn deal 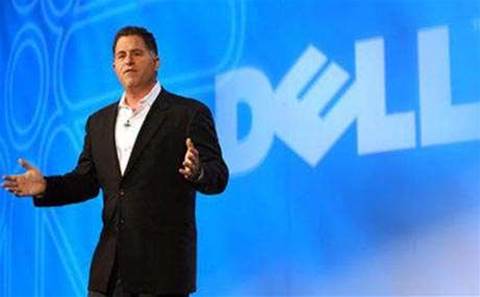 Michael Dell clinched shareholders' approval on Thursday for his $25 billion (A$27 billion) offer to buy and take Dell private, ending months of bitter conflict with the company's largest investors and removing the uncertainty shrouding the world's No. 3 PC maker.
[LinkedIn: What will privatisation bring for Dell?]
The company plans to invest in the personal computer and tablet markets, in expanding sales coverage, and in growing its distribution network, founder and chief executive Michael Dell said in a conference call after the shareholder vote.
End-user computing, defined as devices such as PCs and tablets, remains an important focus for the company despite the rapid decline of the global personal computer market, the CEO told reporters briefly, without elaborating or taking questions.
A "significant incremental investment" is required to turnaround the company, and having two strong private investors will aid the restructuring, he added.
Shareholders cast their votes at a special meeting on Thursday morning in Texas. Based on preliminary results, the buyout has secured their go-ahead and the deal is expected to close before the end of the fiscal third quarter.
The company's pace of internal transformation should now quicken. Sealing the deal should also assuage customers who have grown wary of the company's direction during a very public battle that pit major Wall Street players Icahn, Southeastern Asset Management and T Rowe Price against the CEO.
"We still have a long way to go and many challenges to meet," the company founder said. "But under a new private company structure, we will have the flexibility to accelerate our strategy and pursue both organic and inorganic investment without the scrutiny, quarterly targets and other limitations of operating as a public company."
Asked if layoffs were in the offing, CFO Brian Gladden said there would be a company "re-alignment", without elaborating.
Dell, who founded the company from a college dorm-room in 1984, and partner Silver Lake fought for months to convince skeptical investors his offer was the best option. This week, he gained the upper hand after one of his staunchest opponents, activist investor Carl Icahn, bowed out of the conflict because he said it was "impossible" to win.
Michael Dell has argued that revamping his company into a provider of enterprise computing services in the mold of IBM is a complex undertaking best performed outside the spotlight of public markets.
"Once the deal is consummated, they can move on and close some of the large infrastructure deals they've been working on. I do think there's been a bit of a pause," said Cross Research analyst Shannon Cross.
Dell reported a 72 percent slide in quarterly earnings last month, reflecting price cuts intended to soothe nervous customers and spearhead a foray into the enterprise market.
It remains to be seen if Dell can build its storage, networking and software portfolios to vie with HP and others. Some analysts think it may be too late, since a large swathe of the corporate market has been locked up by IBM and HP.
But with the PC market expected to shrink again in 2013, investors say the company has little choice.
Dell's stock was flat at $13.85 (A$14.95) in the afternoon.
Got a news tip for our journalists? Share it with us anonymously here.