Dell will tighten VMware integration to compete with Veeam: sources 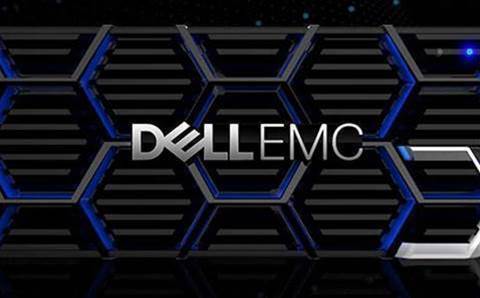 Dell EMC is strengthening its technology integration with VMware in new data protection products set to be launched later this year in a move aimed to take market share from competitor Veeam, sources have told CRN USA.

Sources said product releases expected from Dell in early 2018 will have a stronger connection between VMware and Dell EMC's data protection suite that will accelerate the closing of the gap between Dell and Veeam.

"VMware, purposefully so, was built so it becomes an industry standard and, therefore, it has to be able to work with everybody. It's [Dell EMC's] job on the product side, to be better," said one source close to the matter. "The integration with VMware and Dell should be better than anyone else."

"It just so happens that Veeam CEO [Peter McKay] came from VMware. So he knows the individuals, knows the players, so they had good alignment. Now Dell EMC will do it better," said the source.

Veeam, which develops data protection technology for cloud and virtualised environments, has a technology partnership with VMware around products like vShpere.

Many of Veeam's top executives hail from VMware, such as its current co-CEO and president Peter McKay, as well as Kevin Rooney, vice president of channel sales.

Sources said since Dell bought VMware as its part of the blockbuster US$67 billion acquisition of EMC in 2016, Dell has been cautious of doubling down on integration improvements in order to not upset other vendors who have a relationship with VMware – such as Veeam.

"You've already seen some good integration and partnership around things like vSAN, vSAN ReadyNodes, and VxRail. I think that, yes, it is likely we will continue to strengthen those cooperation's and maybe in some other areas as well.

"Specifically, around data protection, many of the existing Dell products will already work in those environments. To the degree that we will integrate them further," said O'Farrell.

O'Farrell did emphasise that even as VMware integrates and work more closely with Dell Technologies, both organisations have a "very strong desire" to "maintain a good platform level ecosystem play across the industry".

"It's an interesting balancing act there, but we think it's important to keep that ecosystem story very open," said O'Farrell.

In a statement to CRN USA, Ruya Atac-Barrett, vice president of product marketing, data protection for Dell EMC, said while the company can't comment on its product roadmap, "customers and partners should know that we understand their need for seamless integration between VMware technology and Dell EMC data protection offerings, and will continue to refine and strengthen it".

"This approach sets up apart from the competition and enables us to deliver world-class technology across our data protection portfolio," said Atac-Barrett.

Veeam did not respond for comment by time of publication.