Dell will use AMD, Intel, Nvidia chips ahead: Michael Dell 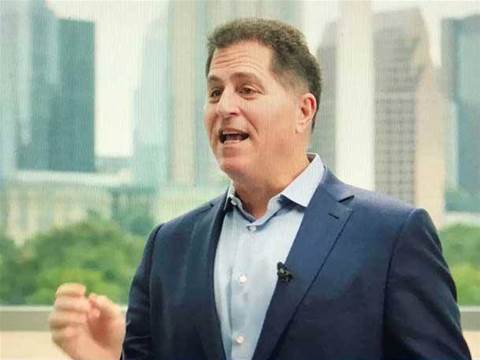 Dell Technologies CEO Michael Dell said although Intel has been “a great partner” with his company over the decades, the US$94 billion server and PC giant will use the most innovative processors inside its solutions moving forward.

“As the No.1 provider of servers in the world, you can be sure we’re taking advantage of all the latest ingredients that allow us to provide the best solution out there,” said Dell in an interview with CRN. “[Intel CEO] Pat Gelsinger is a great friend and the Ice Lake generation of microprocessors from Intel offer remarkable improvements across all the performance characteristics that are super important. Having said that, there are other microprocessors out there.”

Dell’s commitment to looking across the broad spectrum of chips manufacturers from AMD and Intel to Nvidia and even chip startups comes during an explosion of innovation and massive market competition between the likes of Intel, AMD, Nvidia and companies making Arm-based processors. For example, in March alone AMD launched its new Ryzen Pro 5000 mobile and desktop processors as well as the third generation of its popular EPYC server chips that more than 100 new server platforms -- including market leaders Dell and Hewlett Packard Enterprise -- will support.

However, Intel is now led by industry all-star Pat Gelsinger, who left VMware as CEO this year to become Intel’s CEO. This week, Gelsinger said his company is charging full steam head in undergoing a major shakeup in its manufacturing and other changes in how it makes CPUs with Intel’s new IDM 2.0 initiative. “Our IDM 2.0 plans will put us on a path to restore process performance leadership and build on our leadership packaging technologies, delivering our customers leadership products in every category that we participate in, ensure superior capacity and supply resilience with flexibility leveraging our internal and external capacity, all with a superior cost structure,” Gelsinger said.

Last month, Dell Technologies unveiled one of the biggest server launches in its history with more than a dozen new PowerEdge servers hitting the market this year. The new PowerEdge server portfolio leverages a combination of both Intel and AMD processors.

Michael Dell said his Round Rock, Texas-based company will continue to leverage the best innovative processors, regardless of vendor, in its servers and solutions in 2021 and beyond.

“We do a lot with Intel. We also build a full set of AMD-based servers. We have AMD-based VxRail HCI solutions. Obviously, we closely partner with Nvidia. And even through Dell Technologies Capital, we’ve invested in many of the next-generation firms including Nuvia, which has been developing Arm-based server capabilities,” said Dell.

Founded in 2019, Nuvia is an innovative CPU startup that was acquired by Qualcomm in March for US$1.4 billion. However, Qualcomm does not plan to use Nuvia’s CPUs for servers, instead opting for laptops, smartphones, digital cockpits and infrastructure networking solutions, among other things. Dell Technologies Capital is Dell’s investment arm that targets early-stage startups in enterprise and cloud infrastructure.

Rob Steele, chief technology officer at Sanford, Fla.-based solution provider Skyhive, said he isn’t surprised that Michael Dell is looking at processors beyond Intel, which has historically been the preferred partner for Dell servers.

“Michael has always put customers first and does a great job of identifying the best technologies for business. Intel used to be the standard in compute, but as of late has slipped and allowed opportunity for others to innovate and take market share,” said Steele. “I think we should see a turnaround as Pat takes the reigns at intel, but at the end of the day, the customers will ultimately decide, and Dell is in a great position to deliver those options.”

For its entire fiscal year, Dell generated US$16.5 billion in total server and networking revenue, while its CSG business reached an all-time high of US$48.4 billion. Overall, Dell Technologies reported a record US$94.2 billion in annual sales in its fiscal year 2021.

“We had a record year and channel partners continue to play a super important role in our success,” said Dell.

Michael Dell’s technology vision and foresight is highly regarded throughout the IT world. From starting Dell inside his college dorm room in 1984 to buying EMC and VMware to create the world’s leading infrastructure provider, Michael Dell can often tell where the technology puck is heading.

“I’ve been doing this for 37 years. When you think about a business like ours or the opportunities in front of us, you have to focus in multiple timeframes. There’s the immediate, ‘What needs to happen right now to operate the business, to meet the demands, to deliver for customers and growth with our partners, and build the business?’ -- all of that,” said Dell. “But you also sort of have to see around the corners: what are the big trends, how are things evolving -- because things don’t stay the same, new technologies are emerging all the time -- and what do we need to do to continue to position the company for success in three years, five years, ten years.”