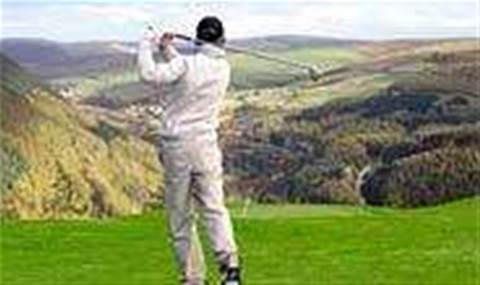 After 23 years of driving channel growth and leading Dell Technologies’ global distribution business for the last three years, Jim DeFoe will retire on April 4, 2020. DeFoe was instrumental in changing Dell from a mainly direct sales company into a channel powerhouse.

“One of the most rewarding aspects of my career was, as we started our channel program, being able to develop trust and relationships with channel partners,” said DeFoe, senior vice president of Global Distribution for Dell Technologies, in an interview with CRN. “From a company who primarily was a direct manufacturer to opening up a channel business, there was a bit of skepticism from our channel partners. For us to develop that trust and relationship and build that business to where it is today means a lot to me. There are a lot of partners and distributors that I would call personal friends of mine.”

DeFoe served as vice president of North America channel sales where he led the sales charge for years across the channel -- from national and regional partners to distributors.

Over the years, DeFoe pushed for increasing incentives to drive new Gold and Authorized partners, provide more opportunity to distributors that invested in Dell Technologies and increased rebate percentages in its storage portfolio to distributors..

DeFoe also played a critical role in seamlessly integrating and restructuring Dell’s channel sales and distribution strategy with EMC, VMware and Pivotal Software after the companies were acquired by Dell in 2016 for US$67 billion.

In 2017, he was appointed as senior vice president of global distribution, responsible for strategy, sales and management of Dell’s global distribution business. DeFoe spearheaded the company’s massive undertaking to consolidate the number of Dell distributors following the merger with EMC.

“If you look at the amount of distributors that we had, we ended up with well over 350 distributors worldwide. We looked at that and wanted to make sure we had the right set of distributors – both from a local standpoint but also from a global standpoint. So we went through a rationalization strategy and really focused on getting a set of distributors that were both local and global that could really train and enable our partners, specifically Gold and Authorized status partners, to be able to sell the complete end-to-end solution from Dell Technologies,” said DeFoe. “So we went through a rationalization strategy. That 350-plus distributors is down to less than 180 today. … It was quite an undertaking.”

DeFoe is set to leave Dell after a 23-year tenure in April. Dell has yet to announce his replacement.

In his retirement, DeFoe plans to spend more time playing golf and hiking with no plans on reentering the job market. DeFoe said he achieved his personal goal of retiring at the age of 60.

“I have no plans to really do anything. People ask me, ‘Are you going to go back to work?’ Who knows? Maybe someday I decide to do that. But I can tell you, if I did decide to do that, it would be something that is complementary to Dell Technologies,” he said. “Anything I do would be complementary to Dell Technologies. … I’m pleased and proud of my tenure at Dell and wish nothing but the best for our partners, distributors and Dell.”