Dell’s new channel chief search: ‘We have a great bench inside’ 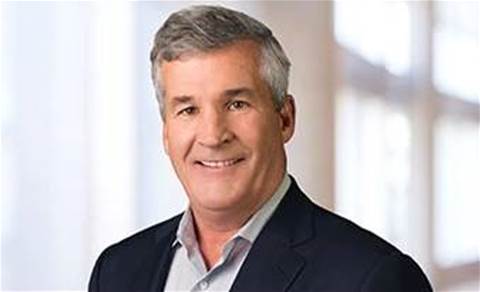 “The search is on,” said Scannell, president of global sales and customer operations at Dell, in an interview with CRN. “We have a huge bench of talent inside the company, so there’s no need to go outside. But the way I’ve always done this is I look at the best talent inside compared to the best one or two folks outside, then make a decision. We didn’t expect Joyce to leave, so I wasn’t on the path talking to folks until two weeks ago.”

Although Scannell said there’s “no need” to search outside of Dell for a replacement, he will still be reviewing inside and outside talent.

“There is no need—we don’t have to go outside because we have such a great bench—but it’s just the way I’ve always recruited. Compare the best talent inside and best talent outside,” Scannell said. “I’m not going to show much more of my hand, but we have a great bench inside.”

Scannell is working alongside stakeholders and Mullen, Dell’s global channel leader who is set to depart the company on Aug. 14, to figure out who the best candidate is to lead the company’s massive channel partner community, which accounts for more than 50 percent of Dell Technologies’ US$91 billion in annual revenue.

“She and I are working together with other stakeholders to figure out what the best option is to preserve all the great things Joyce has done with the channel. Then, quite frankly, if we can continue to accelerate the growth through the channel and improve a few things, we’d love to take the opportunity to do that as well,” said Scannell.

“By choosing somebody inside, you’re going to get someone who can hit the ground running on day one. That’s what they’re looking for,” said Winslow. “They have a lot of capable people internally. I have no doubt that Billy will find the right person.”

Winslow recalled in 2017 when Mullen was selected to fill the “big shoes” of John Byrne, who transitioned out of leading Dell’s channel charge.

“Joyce was an internal hire with about 20 years of experience. She came in and did a fantastic job. Based on that track record, I’m sure Dell will find the right person,” said Winslow. “I talked to Joyce the other day, [and for her] this was a personal decision. She’s had a long and successful career, and she’d like to have a C-level position at a smaller company. Joyce will be missed. She was good people. She did a great job running OEM and the channel.”

In terms of timing, Scannell said he hopes to select a replacement for Mullen by her Aug. 14 departure date, but won’t rush any decision.

“The channel partners are going to look at who we put in this role, and it’s going to signal whether we’re committed to the channel or not,” said Scannell. “Certainly, we’re going to put the right person in there, and if it takes a little extra time, I would rather—like a good carpenter—measure twice and cut once. But I don’t see a reason why we wouldn’t have a person in place by Aug. 14.”

In an exclusive interview with CRN last week, Mullen disclosed her plan to leave Dell Technologies after 21 years with the company. For the past three years, she has been responsible for Dell Technologies’ global channel strategy, partner program and channel sales execution as president of Global Channel, Embedded & Edge Solutions.

“This is obviously a tough decision. I feel like I’m part of the furniture since I’ve been around for 21 years,” said Mullen. “I’ve been able to contribute to making Dell Technologies the great company that it is. When I stepped back and talked about it with my husband and my kids, it became really clear that I want to go be a member of a very senior leadership team at a smaller company and do it again—make another company really terrific. I’ve had a great opportunities at Dell Technologies, and I’m really grateful for that, but I want to do it again at another company.”

Mullen has been critical to the continual channel sales increases Dell has seen year after year as well as to the creation of its new flagship Dell Technologies Partner Program. Channel sales now account for more than 50 percent of Dell Technologies’ US$91 billion in annual revenue. That’s up from 40 percent in 2014.

Both Scannell and Mullen told CRN that there are no plans to shake up or change Dell’s channel strategy, partner investment or go-to-market plans.

“Every theater has their own channel leader that worked for Joyce. All of that is staying intact,” said Scannell. “We want to grow the business. We have very ambitious plans for growing the channel business and taking share relative to the market in our client business, server business, hyperconverged infrastructure, storage, etc. We can’t do that without our partners.”

Scannell said it would be “crazy to de-invest” in the channel right now, noting that investments are accelerating, not decelerating.