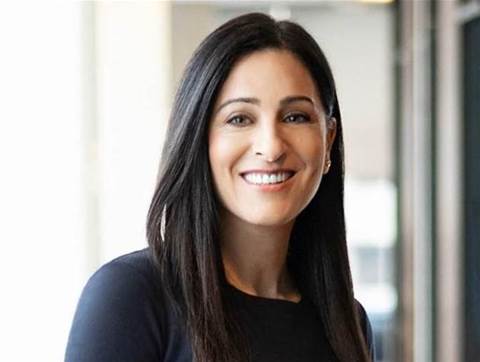 Dell Technologies global channel chief Rola Dagher is looking to elevate partner sales to the next level this year even as channel order revenues jumped 14 percent in Dell’s most recent quarter with most of the company’s growth being “channel-led across the board.”

“We’re kicking butt overall,” said Dell’s global channel leader Dagher in an interview with CRN US. “We drove order revenue over US$54 billion through the channel in total [over the past 12 months] which is unbelievable.”

Dagher has hit the ground running after becoming the $94 billion PC and infrastructure giant’s worldwide channel chief in September 2020. The company is coming off a record revenue year with no plans on slowing down its channel charge.

Dagher talked to CRN US about channel training and enablement around Apex, partner sales figures during Dell’s first fiscal quarter 2022, and what the channel can expect following Dell’s spin-off of VMware later this year. 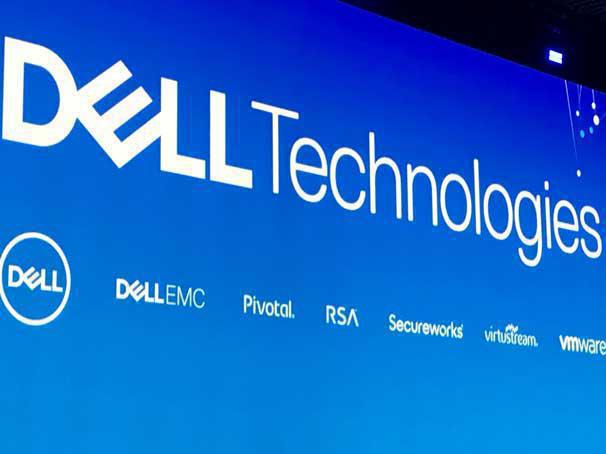 How did Dell’s channel partner business perform in your recent first quarter?

We’re kicking butt overall. It was a solid quarter. Revenue through the channel grew double digits almost across all of it, so 14 percent year over year, that’s order revenue. For the client solutions, we were at 21 percent growth year over year.

For servers, we were at 12 percent. In storage three percent. So that is my bragging because the team we have is amazing. We drove order revenue over $54 billion through the channel in total [over the past 12 months] which is unbelievable.

We’re accelerating the partner growth with the best in class emerging technology. We talked about VMware, Apex as-a-service modelling, we launched a referral and we will be launching the resale coming soon. Then we’ll continue to focus on storage, storage and storage; and PowerStore, PowerStore and PowerStore.

So with Dell’s total revenue up 12 percent in the first quarter and Dell’s channel revenue up 14 percent, that means channel sales exceeded Dell Technologies growth?

[Yes]. So we’re leaning into the channel, leveraging the channel and our relationship with our partners are getting better every day… Most of our growth was channel-led across the board which was really, really good. In terms of channel and partner program synergies between Dell and VMware, does anything change after Dell’s spin-off of VMware?

It’s business as usual for us on the partner side. We actually expanded on the partnership for Titanium partners in terms of how they transact with us. So the relationship has never been stronger. The partners are excited about how we’ll continue to focus on that.

We have agreed to basically have the same commercial agreements that has the same benefits for partners. There are no changes whatsoever right now. I don’t know what the years ahead of us will bring, but at Dell, we’ll continue to modernize the core infrastructure around everything that we’re doing with VMware and our partners. Actually, we opened up more with some of the [IT distributors] as well who are excited about what we launched at Dell Technologies World around VMware. We’re seeing our partners extremely interested in evolving into what the world is asking for, which is anything and everything as-a-service. You look at certain partners who are still in the traditional models, that’s where they want to stay. Because once we opened up Apex, not all of our thousands of our partners are just going to run and provide that service to the customers.

There are unique partners actually enabling this to the customer in ways they’ve never seen before. Because if you want to run the business, or change the businesses, or disrupt the business – we’re a force. The past 18 months have pushed us to the point to where you have to do this. So if we look at the traditional infrastructure resale versus what we’re doing now with Apex cloud and infrastructure services referrals, is to qualify those commercial customers. Because gone are the days that we’re just going to do what’s right for us. It’s what’s right for the partners and the customers.

The beauty of what we did with Apex is we built it with the partners and along with the partners. We got tons of feedback by taking the top channel partners worldwide and learning from them in terms of what they’ve done from an as-a-service model: what works and what did work. We’re seeing that drive incremental revenue growth into the future based on what we’re putting together. What sort of investment is Dell putting behind Apex around partner training and enablement?

The answer would be, is there something that we haven’t done? Because we’ve done it all and are continuing to work with them. We’re empowering the partners and enabling them with the trainings we did. We did the training right after Dell Technologies World when we announced it inside Dell, because it’s extremely important to train internally before you get externally because we want our team internally to understand the offering inside and out. Then our partners were doing training certifications across the board, and we’re continuing to work on the tools and enablement, and transforming some of our dashboards. We’re doing this and we’re learning through first-quarter launches, and then how do we adjust it and adjust it again until we get it absolutely flawless. That’s what we’re continuing to do.

We’re enhancing the end-to-end partner experience. We’re making it easier for them to do business with us by simplifying our new tools. We’ve invested tons in tools and capabilities. We are raising the bar big time on the automation process in that dashboard. We’re continuing to focus on how to build the program of the future for the partners, along with the predictability and ease of doing business with us. What are some unique ways Dell’s channel strategy differs from the norm?

One thing that is extremely important, because we’re all bout people and culture, is how do we activate the partnership to advance sustainability, cultivate inclusion and transform lives. As you know, Michael Dell (pictured) had that same strategy before the pandemic: that we’re all about impacting human progress. From a business enablement and community impact, earlier this year we modified our MDF [market development funds] spending guidance to allow our partners to make charitable donations via MyRewards.

The second one is, we did engagement networking and mentoring in support globally with all of our partners to work on the women partner network that empowers members to go out and access all the executive leadership from a networking perspective. We talked to partners last week and said we’re doing this on a quarterly basis.