Dell’s storage charge in 2021 is ‘all around PowerStore’ 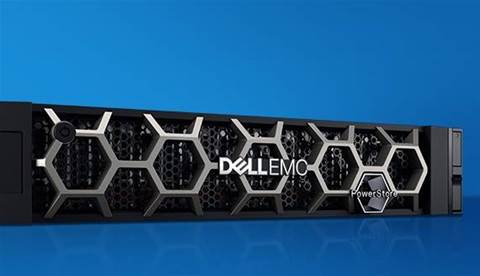 Dell Technologies’ bullish storage strategy in 2021 is to win more market share by separating itself from competitors like Hewlett Packard Enterprise with its new PowerStore midrange architecture, according to Dell’s President and global sales leader Bill Scannell.

“PowerStore is perhaps the greatest product we’ve ever launched,” said Scannell, president of Global Sales and Customer Operations for Dell Technologies in an interview with CRN.

“When I look at the product: it’s the fastest, most reliable, it has the fastest data reduction, it has the best intelligence build into it, it’s scale-up and scale-out, it does everything anyone else’s product does – and then some. There’s not a product on the market that will be able to compete with PowerStore.”

Scannell (pictured above) said when looking at PowerStore’s growth rate in the first few quarters on the market, “it’s growing faster than any product we’ve ever launched before: whether that’s VxRail, XtremIO, whether that’s PowerMax – this thing is just growing at a very good rate. We can grow it faster and we really want our partners to rally around it with us.”

The US$92 billion Round Rock, Texas-based infrastructure giant is placing its bet on PowerStore in 2021 to regain market share in the critical midmarket space.

“PowerStore is built for the next decade. We think the opportunity to regain share in that midrange and get into hypergrowth exists around PowerStore and our Unity platforms,” said Scannell. “Our focus going into next year with the partners is, ‘How do we take back that midrange market?’”

Dell has already shipped well over 300 PowerStore units to over 40 countries as of November, roughly six months after PowerStore became generally available. PowerStore has clocked over 200,000 run hours with six-nines availability being reported as well as more than 26 PB deployed as of last month.

PowerStore is Dell’s midrange all-flash storage platform built from the ground up. It is a scale-up, scale-out container-based architecture with built-in future-proof technology to address the challenges of an ever-increasing number of workloads. With built-in machine learning and automation, PowerStore is a programmable infrastructure that aims to streamline application development and reduce deployment time from days to seconds with VMware integration and support for orchestration frameworks including Ansible, VMware vRealize Orchestrator and Kubernetes. The storage offering has a machine-learning engine to optimize performance and reduce cost by automating labor-intensive processes like initial volume placement, migrations, load balancing and issue resolution. PowerStore recommends where to best place data.

Dell Technologies has been the worldwide market leader for enterprise storage systems for years, often doubling or tripling the market share of its nearest competitors like HPE, NetApp and Huawei.

In the third quarter of 2020, Dell won first place in the global storage market by capturing 28.8 percent share worldwide with total storage revenue of US$1.95 billion, according to IDC. HPE placed second with 10.8 percent global share, followed by both NetApp and Huawei at 9.4 percent year.

However, Dell’s 28.8 percent market share in the third quarter was down from 30.2 percent share year over year. In 2021, the company hopes to regain any share loss by focusing on driving PowerStore via channel partners.

In another move to boost PowerStore sales via channel partners, Dell implemented changes this year to its internal direct sales force to drive more partner engagement. Dell created a compensation-neutral plan that lets Dell’s direct sales teams make the same compensation on PowerStore deals if they leverage a partner who is using a discounted price.

“I have calls every other week on PowerStore to make sure we understand where we’re winning and why, and then replicate it. The market is ripe. That’s where the growth is. As we go forward, I know we’re going to do very well with that midrange platform,” said Scannell. “It’s early days with PowerStore, but it’s an architecture that’s built for the next decade as oppose to using 10-year-old architectures to compete today. I like the hand that we have to play. … Our story [in 2021] is all around PowerStore.”