If all goes accordingly, Dell Technologies will spin off its 81 percent majority stake in VMware to Dell Technologies shareholders sometime late next year, giving the US$91 billion company more capital, new investment opportunities and a more powerful R&D budget.

Last week, the worldwide leader in storage, servers and hyperconverged infrastructure confirmed that it “is in an early stage” of exploring the possibility of spinning off its 81 percent equity share in VMware, which it acquired in 2016 through its US$67 billion purchase of EMC.

“A spin-off could benefit both Dell Technologies and VMware shareholders, team members, customers and partners by simplifying capital structures and creating additional long-term enterprise value,” said Dell in a statement.

Here are the five most important things to know about what Dell hopes to accomplish by spinning off its VMware shares to Dell Technologies shareholders. 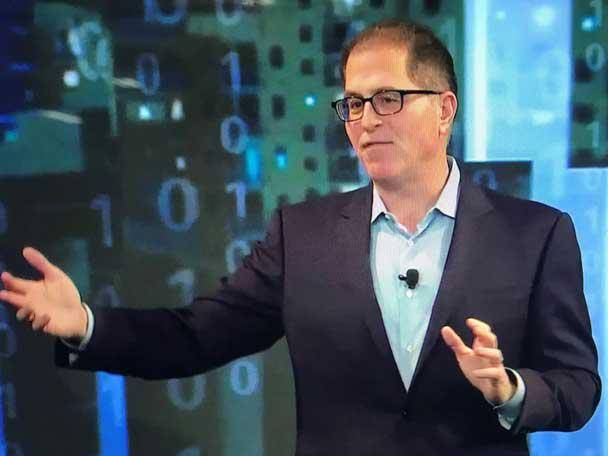 Silver Lake, which has been one of Dell’s biggest allies for years, owns nearly 14 percent of Dell Technologies, according to the proxy filed with the SEC. The private equity firm is Dell’s second biggest stakeholder after Michael Dell, according to the proxy. If the VMware share spin-off is approved, Silver Lake will hold a roughly 11 percent stake in VMware.

In its VMware spin-off evaluation, Dell is requesting that VMware pay Dell Technologies shareholders a one-time special cash dividend as part of the divestment. Most of the money gained from this special dividend will be used to help pay down Dell’s US$48 billion in long-term debt it owns from its purchase of EMC four years ago, sources told CRN.

Dell said it expects to “use its pro rata portion of the proceeds from any such special cash dividend to repay outstanding debt of Dell Technologies and for general corporate purposes.”

Dell needs to do a balancing act when it comes to the dollar figure amount of the special dividend in order for VMware to retain its credit rating and balance sheet while at the same time providing Dell a large amount of money. Two major hurdles Dell is striving to fix with its VMware stake spin-off is improving its credit rating, which has been plagued for years, as well as its market valuation.

Dell Technologies market valuation was roughly US$33 billion last month, while its stake in VMware was worth around US$47 billion. This means the market had a negative valuation for Dell’s market leading portfolio of infrastructure as well as its growing PCs and client devices business.

However, with the announcement of the potential spinoff, Dell has already been able to effectively close that market valuation gap significantly. After just over one week since Dell confirmed the news, Dell’s market cap now stands at US$46.2 billion, up a whopping 40 percent compared to its US$33 billion valuation in June. The company’s stock jumped nearly 20 percent, from US$52.50 on July 14 to US$62.70 as of Thursday afternoon.

“They should be looking at how the company is structured to maximize value for everybody,” said Zeus Kerravala, principal analyst at market research firm ZK Research. “Because ultimately, that’s good for business. Good for product. Good for customers.” No Change In VMware Partnership

Since VMware fell under the Dell Technologies umbrella in 2016, both companies have benefitted on both the sales and innovation fronts. From market-leading VxRail for hyperconverged infrastructure to VMware Cloud Foundation built-into the Dell Technologies Cloud, the two companies share a unique and powerful partnership around channel partners, customers and joint engineering.

Michael Dell made it abundantly clear that spinning off its VMware stake would not affect this strategic and successful partnership, which was likely intended to give customers and channel partners a sigh of relief that the deal would not impact business.

“The strategic relationship between Dell Technologies and VMware has never been stronger,” said Dell Technologies chairman and CEO Michael Dell, in a statement on the matter. “Regardless of the options we are exploring to create additional value, we are accelerating our strategy - which remains unchanged. We are focused on winning in the consolidating markets where we operate and innovating across the Dell Technologies portfolio to create integrated solutions that turn data into insights and action.” Why This Plan Will Likely Happen In Late 2021

In order for the spin-off to happen, VMware’s board of directors must approve the plan. Michael Dell is the chairman of VMware’s board, while Silver Lake’s co-CEO Egon Durban is also a board member.

Additionally, VMware has already publicly said that the proposal will likely enhance the company’s market value.

“Although the process is only at an exploratory stage, VMware believes that a spin-off may be value-enhancing to VMware and its stockholders and could result in a simpler capital structure and a broader stockholder base, provide greater strategic flexibility and address certain governance arrangements, while still maintaining a mutually beneficial strategic and commercial partnership with Dell, which includes supporting our numerous joint customers,” said VMware in a 8-K filing with the SEC.

The spin-off of its VMware stake to Dell Technologies shareholders will not occur before September 2021, Dell confirmed, as the company seeks to get the deal to qualify as tax-free for federal income tax purposes. This means Dell has more than a year to finalize the deal and work out any issues or hurdles that arise from shareholders.