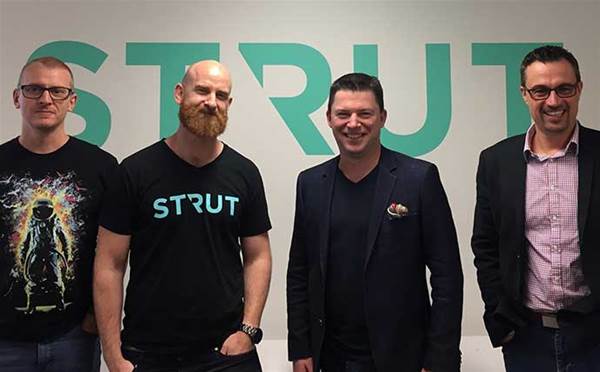 Deloitte has acquired boutique managed services provider and devops specialist Strut Digital, as the consultant continues its push to onboard smaller, tech-savvy businesses and adopt their approach to services.

Strut Digital specialises in migrating businesses onto cloud-based environments in partnership with Amazon Web Services. The 25-strong team at Strut will move into Deloitte’s Sydney office, while Strut chief executive Zack Levy will become a Deloitte partner. Strut’s other directors, David Cheal and Tim Bradey will join the consultant as principals.

The Strut team will rebrand to Deloitte DevOps, a component of Deloitte Technology Consulting’s cloud operating unit, which is led by Kevin Russo, technology, strategy and architecture lead partner.

Levy told CRN the merger would bring Strut’s skills into Deloitte as well as provide enterprise opportunities to scale up its offering in the market. The chief executive said the deal would see the creation of “the Strut you know but a lot bigger”.

“I think one of the unique things we found attractive when we started talking to Deloitte was they aren’t looking to change us. We are going to rebrand to Deloitte DevOps and we’re moving to the CBD but apart from that, that’s it,” he said.

“A lot of focus was on us bringing some of the Strut culture into Deloitte, it was very straightforward for them to determine we knew what we were doing.

“Most of the discussion was around the cultural fit between the two companies, and the more we delved into things, the more we saw that we see things the same way. We aren't expected to be absorbed or changed or merged. Everything stays the same, except now we have access to more resources, better services and a longer list of clients.”

Levy said Strut would continue to serve its customers, including magazine producer Bauer Media, and that its ability to serve new customers would be even greater.

“As a smaller firm in the past, our bargaining position was not that great, so it could sometimes take weeks or months to get a contract across the line. We expect the engagement with enterprise customers to be much easier and quicker,” he said.

The company will officially shift from its St. Leonards office into Deloitte’s CBD headquarters for a go-live day of 22 May.

Deloitte’s Russo said the consulting giant was thrilled to have Strut Digital come on board.

“The team really complement our existing cloud implementation services and we can now provide our clients with dedicated DevOps capability to help de-risk their migration to the cloud and where required manage the ongoing cloud environment,” he said.

“Strut’s cultural focus on getting the job done right through pragmatic innovative solutions, aligns so well with Deloitte’s culture. Our ability to provide our clients with a full scale cloud-focused technical capability, from advisory through to managed services, just got stronger.”

Deloitte has completed a string of Australian IT mergers and acquisitions in the last few years, including deals done with Oracle integrator Dataweave in June 2015, customer experience consultancy MashUp in August 2015, Qubit Consulting in September 2015 and systems integrator Cloud Solutions Group in November the same year.

Deloitte chief executive Cindy Hook said the company was addressing technology demands from public and private sector clients as it grew out its technology services offering.

“Our clients are all talking about how to make the best use of the cloud, reflecting their need to rapidly adapt to unforeseen shifts in their marketplace, while improving how they service their customers in new and innovative ways,” she said.

“Strut Digital complements our previous transactions with Cloud Solutions Group, Plenary Networks and Sixtree, and enables us to provide a true end-to-end technology implementation experience for our clients.”