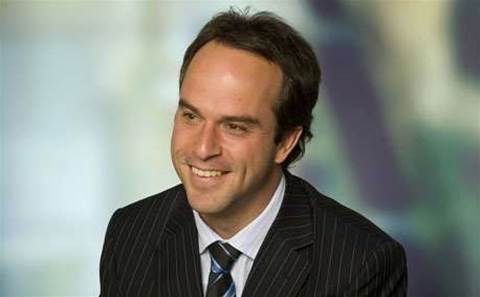 The country's largest tax firm for individuals and private companies has built its own cloud platform.

In a world first for Deloitte Private, the Australian unit will officially launch the Deloitte Private Connect platform this month to a potential market of 13,000 existing client entities.

"We’ve made a very significant investment, a huge investment for us. Within Deloitte worldwide, it's a first," said Deloitte Private national managing partner David Hill.

The taxation firm is also taking a leaf out of the playbook of Apple, Xero and others, with Hill hoping it might have a shot at becoming the centre of an apps "ecosystem".

"If you look at level of business apps, it's exploding. Many of those want a distribution channel – well we're it," Hill said.

"We've got a lot of people now building apps who want to be part of the Connect ecosystem, because we've got 13,000 client entities."

Deloitte Private also has an interesting ace up its sleeve: letting clients compare their financial performance, anonymously, against the private financial data of other Australian businesses.

Users get a 30-page report comparing profit and loss and balance sheet – "virtually every KPI you can think of" – with their peers.

The owner of a pharmacy could compare its financial statements against 65 other pharmacies, or a pub owner could benchmark itself against Deloitte's other pub clients.

While benchmarking isn't new, Hill said, the tool is designed to make the process easier.

"Financial statements are in manual form from ASIC. It's very laborious. We've got it all aggregated in anonymous form," he said.

"Deloitte Private serves about 13,000 private client entities across Australia. You can imagine that as we progressively take all of those clients onto that cloud electronic format the power of the data becomes phenomenal."

Hill stressed that the firm is not a competitor to Xero or MYOB – users still need a general ledger system, with Deloitte Private Connect adding features such as online payments, bookkeeping, benchmarking and digital signatures.

"It integrates with all of them. We've built around each of those providers," he said.

Deloitte Private worked with a variety of third parties on the product, including software developments houses and the likes of app vendors such as Salesforce, Zuora and 9 Spokes.

A spokesperson told CRN that Deloitte Private Connect will be officially launched this month, although Hill said the product already has hundreds of clients including business incubator Blue Chilli and office provider Hub Australia.

Grabbing the hybrid cloud opportunity with Lenovo and Azure Services
By William Maher
Jun 16 2014
11:30AM