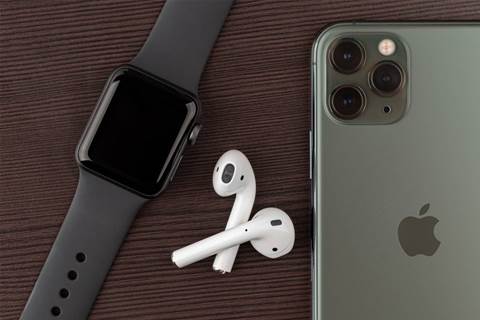 After several years of finding iPhone growth hard to come by, Apple is finally seeing a new ramp-up in revenue after the launch of the 5G-enabled iPhone 12 lineup.

Customer response to the iPhone 12 portfolio “has been enthusiastic, even in light of the ongoing COVID-19 impact at retail locations,” Apple CEO Tim Cook said Wednesday during the company’s quarterly call with analysts.

Revenue for the iPhone during Apple’s first quarter of fiscal 2021, ended Dec. 26, climbed 17 percent from the same period a year earlier, to US$65.6 billion.

The iPhone results helped to drive an all-time record for quarterly revenue at Apple, with fiscal Q1 revenue rising 21.3 percent to reach US$111.44 billion.

Also helping the record results was the double-digit growth in all of Apple’s product categories.

The quarter was the first to include sales of Macs powered by the new “Apple Silicon” Arm-based processor, the M1. In November, Apple announced three models--the MacBook Air, MacBook Pro and Mac Mini--featuring the M1 chip.

During its fiscal Q1, Apple saw “strong demand” for all of the M1-powered Mac models, CFO Luca Maestri said during the quarterly call Wednesday.

“We’re also pleased with the rapid adoption of the Mac employee choice program among the world’s leading businesses,” Maestri said. “With the introduction of M1-powered Macs, we’re excited to extend these experiences to an even broader range of customers and employees, especially in times of increased remote working.”

The transition to Apple Silicon--and away from Intel chips in the Mac--is expected to take two years, according to the company.

“If you look at the Mac, the M1, I think, gives us a new growth trajectory that we haven’t had in the past,” Cook said Wednesday. “If Q1 is a good proxy, there’s lots of excitement about M1-based Macs. As you know, we’re partly through the transition—we’ve got a lot more to do there. We’re in the early days of a two-year transition. But we’re excited about what we see so far.”

Later, Cook noted that market share for the Mac “is quite low in the total personal computer market. And so there’s lots of headroom there.”

During its latest quarter, Cupertino, Calif.-based Apple also saw big growth in its Wearables, Home and Accessories business (up 30 percent to US$12.97 billion) and in its Services business (up 24 percent year-over-year to US$15.76 billion).

When asked by an analyst about sources of growth going forward for Apple, Cook pointed to the company’s efforts to achieve greater sales of its products into businesses.

“We’ve been on a multi-year effort in the enterprise and have gained quite a bit of traction there,” Cook said. “We’re very optimistic about what we can do in that space.”