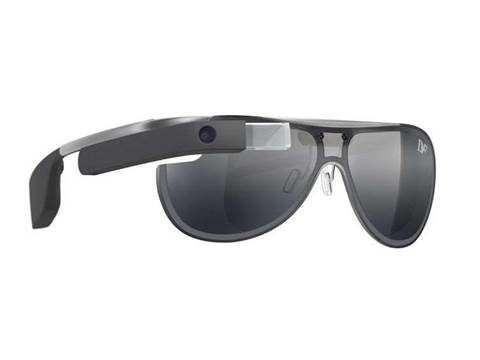 The headsets, which are the first to be produced by a company other than Google, will go on sale on 23 June and be available through high-end online fashion retailer Net-a-Porter, as well as Google's own Glass store.

Men will be able to purchase Google's own Titanium range at the same time through Mr Porter.

The collection gives users "even more ways to make Glass your own", Google said in a blog post.

Google has been working to make Glass easier on the eye - yes, we went there - launching its own Titanium Collection in January, which came in four styles.

As with that range, only a limited number of DVF | Made for Glass units will be available for purchase, although the company has not indicated what that limit is.

Pricing has not been revealed yet either, although previous releases of Glass have cost $1,500.

This is not the first time Google has allied with Diane von Furstenberg to promote Glass. The designer sent her models down the catwalk wearing the face gear at New York Fashion Week 2012.

Grow your software revenue by selling these 5 affordable, essential tools for the modern workplace
By Jane McCallion
Jun 5 2014
12:15AM