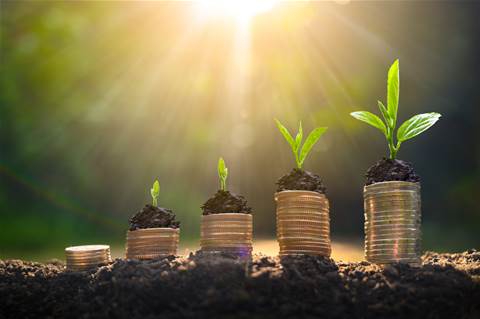 Devo has raised $250 million on a $1.5 billion valuation to scale its security analytics platform, expand in Europe and Asia-Pacific, and pursue tuck-in acquisitions.

The Cambridge, Mass.-based vendor said its Series E funding round will be used to further accelerate the speed and scalability of its platform while making it easier for third parties to develop content and applications on top of the platform, said CEO Marc van Zadelhoff. Devo also plans to shift from doing most of its business in North America today to getting half of its sales from abroad within three years.

“We feel like we have a formula that’s really working to disrupt the market,” van Zadelhoff told CRN. “This validates the immense size of the market and how we are disrupting it.”

van Zadelhoff anticipates this will be Devo’s final round of funding before pursuing an initial public offering, and he has in recent months brought in a new chief financial officer as well as other key executives who are well-suited to take the company public. The Series E funding was led by TCV.

From a core platform perspective, van Zadelhoff said Devo plans to invest in proprietary query methods and algorithms and ways of compressing, ingesting and storing the data to make sure the company doesn’t lose its lead around speed and scalability. Devo is also leveraging artificial intelligence and machine learning to give customers more out-of-the-box content for industry-specific scenarios, he said.

For instance, van Zadelhoff said retailers in Europe are using machine learning algorithms from Devo to make sure botnets aren’t pretending to be customers and front running inventory. Content, rulesets, artificial intelligence and machine learning all need to be applied to detect anomalous behavior like this, and van Zadelhoff said Devo has an unrivaled ability to ingest security and machine data.

“I love this segment of cybersecurity because you’re the beating heart of the security operations center,” van Zadelhoff said. “The explosion of data is crazy now.”

From a M&A perspective, van Zadelhoff said Devo is most interested in smaller companies that have compelling use cases but don’t have access to the data needed to show value. The company has identified a couple areas outside of credit card fraud where it hasn’t built a customer scenario already that would be valuable given the data Devo has, according to van Zadelhoff.

As far as geography is concerned, van Zadelhoff said Devo would like to expand its European presence from the United Kingdom and Spain to France, Germany, the Nordics and Benelux. In Asia-Pacific, Devo would like to push beyond Australia and New Zealand and built up a hub in Singapore. Devo would also like to do more in the federal government sector in North America, as well as push into South America.

The vast majority of Devo’s business is touched, sourced or fulfilled by one of the company’s more than 60 MSSP, reseller or distribution partners. Pure reselling is the most dominant go-to-market motion for solution providers today, but van Zadelhoff said Devo plans to leverage its best-in-class multi-tenant capabilities to attract more MSSP and MDR partners.

Devo’s multi-tenant dashboard makes it possible to manage hundreds or even thousands of customers from a single tenant while allowing each customer to sit in a separate silo for protection purposes. The company also plans to hire more training and enablement resources for the channel, with a focus on professional services, according to van Zadelhoff.

“We’re really becoming a channel-first company,” van Zadelhoff said. “We see the channel as being incredible strategic to our go-to-market motion.”

From a metrics standpoint, van Zadelhoff said Devo wants to keep doubling in size year over year, continue adding customers at its current pace, and expand its business with existing customers by at least 20-to-30 percent on an annual basis.

Grab the MSP security opportunity
By Michael Novinson
Oct 27 2021
6:34AM