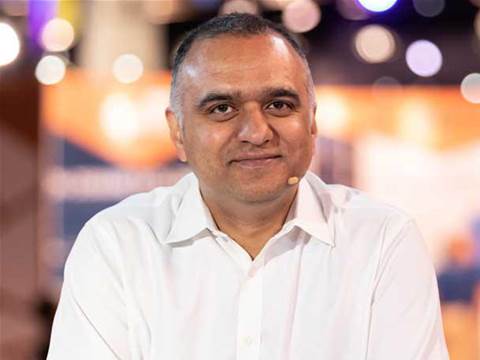 Dheeraj Pandey wants to eliminate the gap between code-driven developers and end users through his new software startup, DevRev, that will empower “developers to build the earth’s most customer-centric companies.”

“We sincerely believe that entire companies are, and will be, driven by code. The developer is at the center of all of that,” said DevRev CEO Pandey in an interview with CRN. “We are building something really delightful so that their life becomes much more easier.”

Pandey was the co-founder and CEO of hyperconverged infrastructure pioneer Nutanix. He left the HCI and hybrid cloud software star in late 2020, taking along a slew of other former Nutanix top executives including Manoj Agarwal, Nutanix’s former senior vice president of engineering and general manager of hybrid cloud who is now DevRev’s co-founder and president; as well as Madhukar Kumar, Nutanix’s former vice president of product and solution marketing who is now DevRev’s Head of Growth leader.

“At some level, our values are very similar [to Nutanix],” said Pandey.

Palo Alto, Calif.-based DevRev launched out of stealth mode last week already having generated US$50 million in seed funding with a global workforce of over 75 employees. In an interview with CRN, Pandey talks about DevRev’s CRM product and go-to-market strategy, leaving Nutanix and his startup’s future channel partner vision.

“By creating this low latency, highly social and a very fun platform with DevRev’s CRM, we think we can create the earth’s most customer-centric companies,” said Pandey.

Can you talk about leaving Nutanix to form DevRev?

The business model transitions of Nutanix: going from hardware to software to subscription to, finally, smaller contracts with annual contract value [ACV]. This idea of DevRev is really about bringing ‘dev,’ which is the developer, closer to ‘rev,’ which is really a personification of the customer. By bringing them together, we are enabling a new business model which the rest of the world calls PLG [product-led growth] business models.

In this PLG business model, there’s a lot more digital transactions. Basically, you are doing smaller subscription transactions and smaller consumption transactions—and a lot of that needs a new operating system. That’s basically part of what the DevRev story is—that we bring the customer and the developer closer to each other and we mimic a lot of the learnings from the consumer internet. Basically, code drives everything. Code drives sales. Code drives customer success. A lot of those lessons have to actually seep into the world of business software.

DevRev is about really taking the ‘dev’ and bringing them together with the ‘rev,’ which is the customer. And we bring them together through code. … We sincerely believe that entire companies are, and will be, driven by code. The developer is at the center of all of that. We are building something really delightful so that their life becomes much more easier.

Coming out of stealth mode with 75 employees and US$50 million in funding isn’t typical for startups . How did you do that?

We did things differently, very differently. We went to colleges very early [for recruitment]. We also did things using product-led growth ideas. But code drives everything. In many ways, Madhukar Kumar has been very instrumental in building this product-led experience for hiring candidates. What does it mean to truly automate their experience? What does it mean to get them on a community platform like Discord? How do we stay in touch with these prospective candidates digitally, as opposed to having to throw a ton of recruiters at the problem. This was key to the success of our overall recruiting effort.

We’ve also done a really good job in being a global company from day one with offices in Austin, Texas; in Slovenia; in Bangalore; as well as people in the San Francisco Bay area. So being a global company, being a digital recruiting company, and going to college for recruiting from day zero, has been very important in the journey of getting to 75 people. … We are thinking a lot more long term.

On the experience side [of recruitment], people are coming from Google, Facebook, Amazon, Airbnb even some of the gaming companies like Wizard—there’s a lot of good names and best of the best people.

So you hired many top executives from Nutanix for DevRev, as well as hiring people from large IT companies and recruited from top colleges. What’s DevRev’s culture?

At the heart of it, we all had been working as developers for a long time. We’ve done tons of code. There’s lots of coders. Everything is going to be driven by code. What you see in this company is that every person who has joined, they have that background.

At some level, our values are very similar [to Nutanix]. We want to have happy DevRevers and happy humans who are hungry, humble and honest. Many of these things come from authentic people. We’re just trying to hire a lot of authentic folks here. At heart, we’re all makers and builders. We still love to tinker with code and new technology. That’s kind of been the common thread across every single person who is part of DevRev today. How will you leverage that Nutanix expertise to drive DevRev?

Manoj [Agarwal] (pictured) was a big part of Nutanix’s transition in moving to software from hardware. We had to move to different versions of hardware, different configurations of hardware, and different vendors of hardware. It was a big multiplatform transition for the company five or six years ago. Going from software to cloud was a big transition. Manoj was leading that effort. So we were really working hard toward business models all day long. … We’re using [that expertise] to build a platform for developer centric-CRM.

Does DevRev eventually plan to have some sort of channel partner strategy?

Will you seek out Nutanix channel partners to partner with DevRev who trust in your experience and knowledge?

What’s your message to the channel with hopes of coming out with a product in 2022?

They all need to really brace for, not just the cloud movement, but the code movement. Code is going to drive a lot of things in the future. Secondly, to hone their AI skills. They need to go deeper into the world of artificial intelligence and machine learning, and go help build the world’s best and most customer-centric companies. I think the more they can bring high-end NPS scores and keep the customer churn to a minimum, they will be preparing themselves not just for the subscription economy but also the consumption economy that is upon us.

What will be DevRev’s market differentiation in the CRM market?

At the heart of this, if you think about what happened to CRM in the last 25 years, the idea of customer relationship management was really about managing a sales force. And it was sales force as opposed to customer relationship management. Now with cloud and with subscription, and even consumption, you’re really looking at consumer-internet lessons seeping into business software. Code drives everything. Code drives sales. Code drives customer success. So the idea of CRM has to change. Dev-centric CRM is very important to us.

Dev-centric is about APIs. It’s about really doing support from inside the application of the developer as opposed to doing separate support. It’s about going inside and sitting in the app as a micro-widget, as an API, in their applications. This is where the world is heading. You want to bring a micro-experience into the existing application of the developer. Many of these things don’t exist as is in today’s world. While we’re learning a lot from the incumbent technology and tools, we are not really talking about displacing them as is. We’re going to replace it with a new world because the business model itself is changing.

So as we go do this differently, we’ll look at CRM tools, we’ll look at ticketing tools, bug tracking tools—we have to really converge them all into this one platform.

Can you sum up DevRev’s mantra?

Eliminating departmental friction within MSPs
By Mark Haranas
Jul 20 2021
6:44AM